HomeEditorialBreaking The Myth About Igbos And Their Love Of Money
Editorial 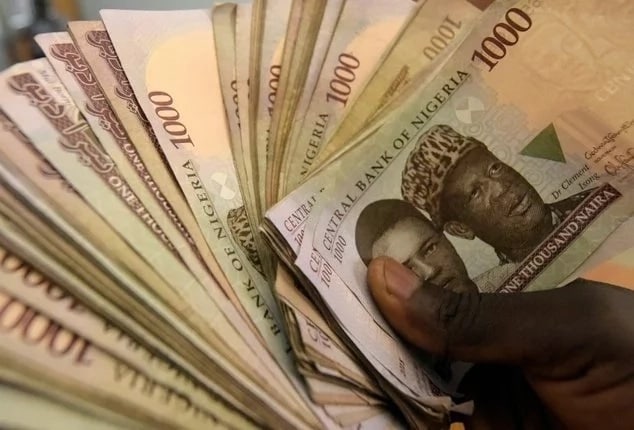 The most common gibe against the Igbo race is a certain dry thirst for money and wealth. In social circles, the Igbo person is regarded as pricing the acquisition of money so highly that even life and death come after.

To other ethnicities in Nigeria, an Igbo person’s love for money is unprecedented. Their love for money can drive them to do anything to acquire it. In the local parlance, it is common to hear phrases such as ‘Igbo man and money’, sometimes, you hear them say, ‘Igbo people love money pass anything’, at other times you hear, ‘There is nothing an Igbo person cannot do for money’ among other phrases suggesting the peoples love for money.

Performing comedians have taken it to another level to establish the idea that an average Igbo person will do bizarre things to make money or that money will entice an Igbo person to go unconventional. Though this sort of jokes peddled by comedians running out of jokes doesn’t regale people, as it used to be, but it is still in circulation.

One comedian made effort to regale his audience of how an Igbo man was placed in a casket and about to be buried when someone flashed banknotes in the corpse face, and a whiff, the man came back to life. In another instance, a comedian endeavoured to amuse his audience of how an Igbo man was greeted in the morning by his neighbour and he replied with a certain amount in the Nigerian currency. Jokes like this try to establish such misconception as true with the Igbo people.

Who are the Igbo people? They are the third-largest ethnic group in Nigeria. They can be found in South East, South-South zones of Nigeria and part of Benue state in the North Central zone of the country. Before the amalgamation of Nigeria in 1914, the Igbo people lived in city-states. They are republican by nature, who believes in individual aspiration towards a common goal of the society. Rather than the monarchal leadership style, most communities vest their power in the council of elders than an individual. The British colonial master discovered this and decided to use indirect rule in the old South Eastern Region, and direct rule in other parts of Nigeria.

European colonial masters in Africa had a productive venture of favouring an ethnic group over others, hence the divide and rule policy. The idea was to protect their interest. In Rwanda, the Belgian colonial master issued identity cards to the Hutu and Tutsi, these are people who speak the same language and of the same religion, but differs in stature and occupation. The Belgian colonial masters chose to favour the Tutsi over the Hutu majority. The tension it created after independence culminated into the crisis that led to the 1994 Rwandan Genocide. In Nigeria, the British colonial master issued no ethnic identity card but did issue one in their mind. It was not hidden of their choice ethnic group, because they found them malleable to suit their interest.

British colonial and pre-Nigerian Civil War civil service were assumed to be dominated by Igbo people. Before the war, nowhere was it mentioned or heard that Igbo people love money than other ethnic groups. The people did so well for themselves, acquired wealth and properties in their new homes than their homeland, as it applies today. Although there is nothing wrong with this, since it is one Nigeria, but charity they say begins from home.

Everything changed with the Nigerian Civil War. The two years, six months, one week and two days war had a somersault effect on most Igbo people’s fortunes. Their land devastated by war had starvation stalking the people and infrastructure gasping for repairs.
If there was a time to settle the score with the Igbo people on the seeming edge the people had in some areas, this was the best opportunity it offered to place them where they ought not to be. Unlike the children of Israel, whose exodus was from Egypt – land of captivity to their Promised Land, for the Igbo people it was from their war-torn homeland to other parts of the country to make a living. Survival was the key word here. Some dashed back to their base to regain ownership of their properties, but discovered it tagged, ‘Abandoned Property’. Those that pressed further for their properties never lived to tell the story.

Then the big blow from the central government, an order that no Igbo person from the newly created East Central State withdraws above 20 pounds of Nigeria’s legal tender from their bank account; no matter the amount they had or the number of accounts they operated before the outbreak of the war. This directive rendered millions of Igbo people poorer, their plight compounded by the central government agenda to scheme them out of the federal civil service and also ensure that the newly created East Central state has no central government presence.

The ‘You are on your own posture’ posture thrown to the Igbo people by the central government drove the people to find other means to survive. Their land devastated, properties claimed, access to their bank accounts denied, the people took to commerce that can be found in the breadth and length of Nigeria, than any other ethnic group. They prospered in this newfound trade that it attracted more of their people into trading. This informed the notion why most Igbo people never took interest in government jobs, particularly federal civil service job until of recent.

Those that claim not to love money as the Igbo people have looted the enterprise called Nigeria than the Igbo people. A close scrutiny at the list of individuals who have looted the Nigerian treasury from the First Republic until date would show that there are lesser Igbos among them. Looting the Nigerian treasury since independence has been the bane of Nigeria’s development.

Kidnapping as a lucrative venture for some people did not start in Igboland. Internet fraud called ‘Yahoo Yahoo’ did not originate from Igboland, nether was it spearheaded by the Igbo people, nor was ritual for money-making idea exclusively an Igbo affair. Years back, some people from eastern Nigeria would travel to a town in the western part of the country to get what they called ‘powerful charms’ for money rituals and other diabolic ventures. Money, when made in a clean way, is good. There is no one who doesn’t need, want or love money; none hates the sight of it. That the Igbo people love money than others is a misconception.

When the Igbo people work hard to make money as others do and are prudent enough with their attainment, judging from their experience, they are adjudged to love money than others. This also comes when the economy is in depression and only a few people enjoy the ‘National Cake’ but when the ubiquitous Igbo people dominate the commerce that seems to drive the economy, others claim they love money than them.

IPOB: Other Ways Of Dealing With The ‘Rotten Finger’