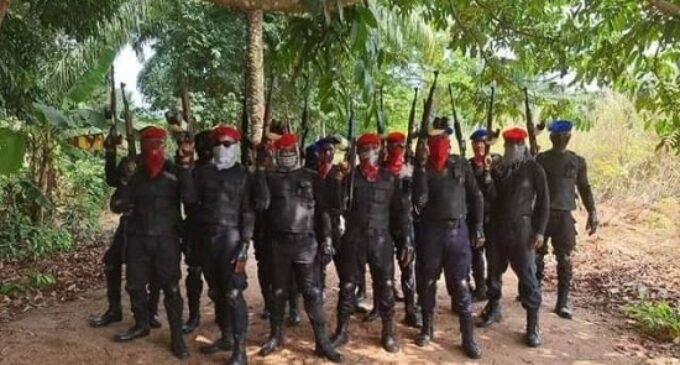 The Conference of Igbo Professionals Worldwide has condemned the activities of the Indigenous People of Biafra, IPOB and its leader, Mazi Nnamdi Kanu, over the formation of the acclaimed Eastern Security Network, claiming it is illegal.

The group called on the leadership of the South East, including governors, Ohanaeze Ndigbo and other well-meaning Igbos to rise against the action and denounce the proscribed group wholeheartedly.

While describing the Eastern Security Network as Illegal, the group in a statement by its National President, Prof. Patrick Kalu, expressed fear that the militia outfit may worsen the security situation of the South East if not immediately stopped.

The group said its decision to speak out against IPOB was reached at stakeholders’ meeting in Awka, Anambra State, where it also resolved to join the clamour for Igbo presidency in 2023.
Claiming that it was time for Nigeria to have a president of Igbo extraction, the group maintained that dialogue was the way to achieve it rather than Kanu’s barrel of the gun approach.

According to the group, ‘Igbo people deserve the Presidency, they have all it takes to produce the next president of Nigeria and that is what we should be pushing for now with one strong voice in unity and sincerity of purpose’.

‘We cannot be demanding for president of Nigeria on one hand and on the other hand, supporting IPOB which is being fraudulently financed by Kanu and his agents to destabilize a united Nigeria through cessation and a parallel security organisation.’

‘Nobody will take us seriously if we do not take urgent steps to set the record straight by outrightly denouncing the inglorious activities of IPOB and its sponsors.’

‘We particularly call on the governors of the South-East states and the Ohanaeze Ndigbo worldwide to rise up not only to condemn but also stop this brazing act of criminality which may have a grave consequence on the entire Igbo nation if nothing is done urgently.’