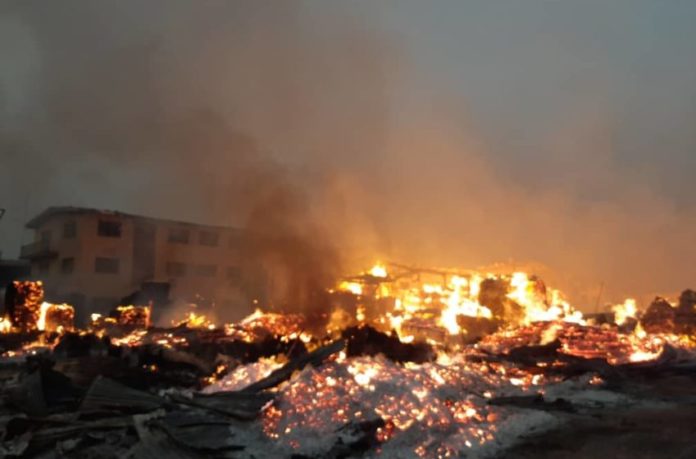 Two local government council headquarters, Umuelemai in Isiala-Mbano and Umuezeala in Ehime-Mbano LGAs in Imo State have been reportedly burnt down by angry youths suspected to be indigenes of the areas.

The Eastern Updates gathered that the incident started with the looting of the headquarters’ valuables at the early hours of Friday.

Eyewitness account said the irate youths earlier attempted to burn the police divisional headquarters in Isiala-Mbano when the policemen barricaded them.

The rampaging youths, according to reports, diverted to the council headquarters of the two LGAs and set them ablaze after several attempts to get at the police stations.

The Eastern Updates further gathered that the End SARS protesters in Orlu local government area of Imo State, on Thursday set the council headquarters on fire while a policeman was reportedly killed in Okigwe LGA as a result of the protests.

Meanwhile, the Imo State government has beefed up security network as the military has taken over the streets to ensure total compliance of the 24hours curfew recently imposed by the government.