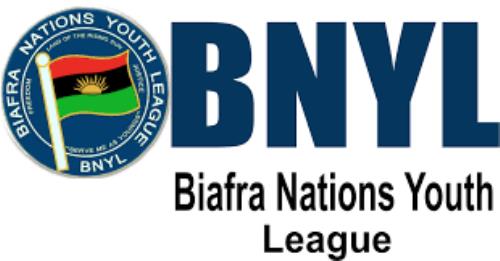 Biafra Nations Youth League, BNYL, has warned security operatives in the country against applying the Lekki style of attack on protesters in the South-East, and South-South.

The group said it has made all necessary arrangement and is ready should the ongoing crisis in the country result to war.

National leader of BNYL, Princewill Chimezie Richard, gave the warning in a statement  on Thursday.

Read Also: DSS Vs IPOB: Attacks May Lead To Agitation In Southeast – BNYL

He accused the Federal Government of ‘planting hoodlums among peaceful protesters and creating a pro-government protest in Abuja and Rivers State in order to escalate crisis and declare State of emergency.’

The BNYL also raised the alarm over the destruction of cars and workshops in Apo Mechanic area of Abuja by indigenes, insisting that the Tuesday attack affected mainly Igbo traders.

The group said mechanic village is dominated by the Igbo people with property worth millions.

BNYL also called on the international community to mount pressure on President Mohammadu Buhari to compensate those that lost their cars and workshops in Abuja.

BNYL warned that the situation in Nigeria if not well managed could lead to arm rebellion especially when it affects the Igbo people and their South-South, adding that, ‘We have made every preparation should in case war breaks out.’