Reviewing The Importance Of Female-Folk In Igboland 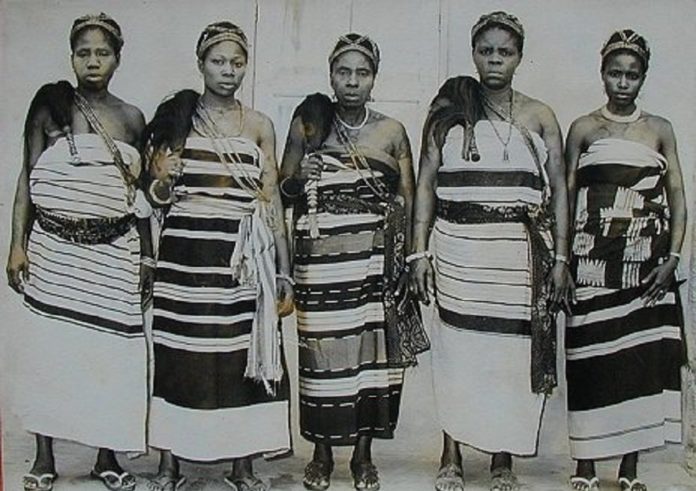 One of the most significant acts against the British Empire was launched in 1929 by a group of women from Oloko (Present-day Aba, Abia State) in Southeastern Nigeria: The Igbo Women’s War (Ogu Umunwanyi). The war was in opposition to unfair taxation, the exploitation of women’s labour, and British rule, and it exemplifies the role African women have played in understanding that their solidarity with each other enhanced their power as a collective.

To be clear, Igbo women (and African women generally) had always had significant, powerful roles in society. In addition to their nurturing roles in the home, African women are critical to the economy playing major roles in the production and agricultural sectors. African women have always been a significant part of the labor pool and most African cultures are based on the premise of balance and harmony. In traditional Igbo culture, women exercised direct political power through organisations like women’s courts, market authorities, secret societies, and age grade institutions.

They wielded collective and individual power both as members and as heads of these organisations. Igbo women understood solidarity deeply, and because of this, the men were hesitant to do anything that would anger women or cause discord. If a man did something to offend the women and the women joined against him, the other men left him to his own devices because he ‘should have known better’ than to incite the women’s wrath. Therefore, Igbo women never felt the need to ‘compete’ against men. Instead, women and their institutions served as the direct parallel to men to create the balance that fostered harmony in society.

Solidarity for Igbo women was never symbolic. One of the most powerful proverbs in Igbo language is ‘Igwe bu ike’ – Unity is strength. When Igbo women stood together to protest some action or activity that displeased them, they operated as a unit. When they stood against the British, they sacrificed their lives for the collective. Moreover, Igbo societies did not have highly stratified hierarchies. The Igbo are the epitome of ‘democratic’. Power was diffused across small groups or clans that served as checks and balances on each other. Those were the times that the efforts and importance of the women-folk in Igbo land were really upheld.

So what happened? Western capitalism, western religion and racism, and the creation of racist institutions, as a justifier for exploitation. Capitalism – based on exploiting labour – lead to policies (like the British attempt to tax Igbo women) that harmed and ultimately led to the pillaging and destruction of the African continent. Europeans’ own religious and social norms at that time mainly subjugated women and diminished their role and importance to society. Through colonisation, these norms were introduced, which destroyed the harmonious balance of traditional Igbo society and that of many other African cultures affected by European colonialism (also Arabic/Islamic influence in other parts of the Continent). Colonisation also brought about the demeaning perception surrounding African women today.

Nowadays in most places in Igboland, women are perceived as profane creatures that deserve no respect and as such should be treated as subordinates to men. They should not be heard in any discussions or decision-making. Their place is always in the kitchen. They cannot think for themselves and their thoughts are considered worthless. They should not eat certain foods or meat. They should not have access to any inheritance including land. The married ones are regarded as men’s property that could be beaten up or thrown away at the least point of provocation. Any wrongdoing in society is attributed to the women especially bad behaviors of children in society.

Institutionally, women in Nigeria are seen as an institution in themselves. They are regarded as the second class citizens of the society doing things in groups and in their own way. They should not be regarded as having the same nature with male folk and as such are not equal in the eyes of the society. Women are perceived as catalysts in certain situations and as agents of doom in other situations. For instance, in conflict resolutions and management the women are seen to be the force that could calm down the situation after all efforts of the males have failed. But at the time of benefits and dividends sharing, women are conceived to be a subordinate and inconsequential group in society. Against these various perceptions of the concept of women in the general Nigerian society, the various treatment of women in society were derived. Hence, the idea of discrimination, degradation, disrespect, deprivation of rights and privileges, etc. emerged.

We live in a World where we prize leaders for being ‘tough’ and ‘a fighter’ even as we lament the fact that the World is deeply divided with equally oppressed groups fighting each other for the crumbs that may fall from the table of the privileged elite. All too often, women in leadership (or those running for office) are afraid to own their feminine characteristics lest they be called ‘weak’. Women are pressured to adopt and prioritise masculine traits thus nullifying the unique characteristics that make women incredibly fit to lead.

The need for a change in the perception of women-folk in Igbo land and in Nigeria and Africa as a whole is very important. Evidence of this lies in the power women wield, the need for women in leadership, and the necessity to understand what their role could be in the society at large. Today, some women in top national, state and local government positions have proved that women possess the potentials for societal development. Females are a terrific force whenever they move together with one mind and their importance can never be undermined in any society.