Enugu State Education Board: A Tale Of Success 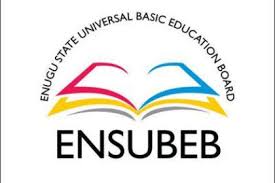 In retrospect, I had written glowingly about the sterling performance of Enugu State Universal Basic Education Board and the success it recorded in its projects on resumption of office.

I dare say that the zeal, commitment and determination of the Governor and the entire ENSUBEB team led by the energetic, hands-on, project- savvy Executive Chairman, Chief Ikeje Asogwa to improve both the curricular and the physical infrastructural base of the primary and post primary education in the state is yet to be equaled.

But, in recent time, the people of the State have been greatly overwhelmed by the breath-taking performance of the board in the first phase of this year’s projects, in spite of the inundating and debilitating impact of the global ravaging pandemic christened Covid-19; a scourge that has continued to disrupt and distort world economy, government business and had indeed brought very sad commentary on every aspect of human activity, yet ENSUBEB had continued in its determined effort and had delivered excellently on the UBEC projects for the 4th quarter, in May 2020.

By the way, multilateral institutions have over the years set templates for global development in the areas of health, education, infrastructural growth etc, with particular focus on developing socio-political economies like Africa, Middle East and Asia. This, they do in partnership with National Governments who have signed-in to these agreements and are desirous of human capital and structural development of their environments.

To that extent, counterparts are negotiated and agreed upon between these institutions and National Governments who in turn set templates for state government to tap into the opportunities provided by these agreements to purse their respective policy goals and mandates.

The policy thrust of the State Government in question in terms of prioritization of needs and the importance attached to both the tangible and intangible developmental deliverables would then come to play.

Since inception, the current administration in Enugu State has unarguably put education development as one of her major, if not, the most important in its development agenda in relation to other equally critical areas of need.

And having considered the growth of education as the bedrock of the entire societal development, the leadership of the state has continued to provide the needed impetus, chiefly, being unencumbered in the payment of the counterpart fund due to the state at all seasons, and relying on the competence and efficiency of the Board Management to put a seal to this core objective of the administration.

At the last count, the board had within the last three years effectively, recruited 3,530 primary school teachers; constructed, reconstructed and renovated 857 classroom blocks, 161 toilet facilities and conveniences, distributed 51,985 sets of teachers and pupils classroom tables, desks, chairs, books and instructional materials, sporting equipments etc to 1226 primary schools and 296 secondary and 38 technical, science and vocational schools in the 17 Local Government Areas of the State.

The commendation of the State Government and the Education Board as it relates to the extent of improvement and development of the education sector within the period under review does not only lie in the commitment and determination, but in the fairness, spread and equity usually employed in the distribution of education infrastructure in the State.

Devoid of the usual primordial political influence, cronyism and other unfair methods in citing these projects, the board carries out both vertical and horizontal scoping in determining and shortlisting communities and areas where there are critical needs for renovation, construction and provision of other educational enhancement materials.

In fact, community organizations and individuals are encouraged to monitor their environments and bring to the notice of the board, information about the condition of schools and facilities for immediate intervention.

In furtherance of the board’s determination to improve the quality of service delivery and to tag along in the ever-changing world of knowledge-based, technology-driven method in education management, resources are deployed to elevate the exposure and capacity of teachers and other ancillary staff to be able to conform with the trend.

As state governments critically weigh options, strategize and monitor developments with regard to the Corona Virus Pandemic and its implication for the resumption of schools, the State Education Board had proactively embarked on continuous sensitization, workshop, training and capacity building of teachers to get them ready and prepared to handle the new reality.

As we celebrate the milestone achieved in the fourth quarter of the projects for the preceding year 2016/2019, the administration took the bull by the horn by fully paying counterparts for another phase of projects due to commence in October of this year after the last phase activated in May had been fully completed and delivered to the people, thereby making it twice in 2020 fiscal year alone. That is unprecedented!

By this, the Millennium Development Goal projection in the area of education, based on states’ performance index, would have been surpassed by Enugu State.

Kudos to the State Governor for the creative leadership and ENSUBEB management for the poise.