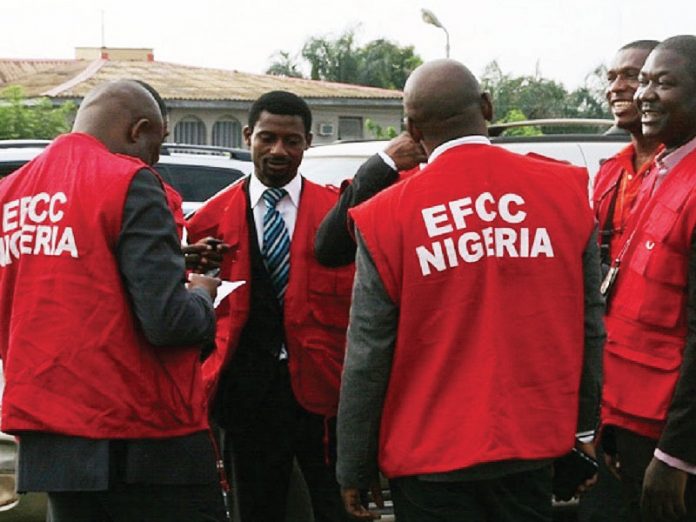 Abia State indigenes living in the United States of America have called on the Federal Government of Nigeria and the Economic and Financial Crimes Commission (EFCC) to prosecute the suspects of EFCC’s revealed Abia State Government’s financial dealings between 2007 and 2015, when Senator Theodore Ahamefule Orji served as the governor and chief accounting officer.

They said failure to prosecute the suspects immediately will make a huge joke of both the commission and the anti- corruption posture of the President Muhammadu Buhari-led administration.

The group also expressed concern over recent allegation that the “properties linked to the family of the Orji’s which was previously marked for EFCC investigation has now been totally cleaned out from the record with no court order backing such action,” warning that such a development, “if it is true, raises suspicion of compromise.”

Rising from a meeting in Houston Texas, the Abia indigenes, under the auspices of Abians in Diaspora (AID), led by the Chairman, Dr. Isaac Ogbonna, called on the EFCC to ensure the former governor and his associates give proper account of his and his government’s financial dealings between 2007 and 2015.

“This has become necessary because the state of infrastructure in the state is nowhere near the billions of naira reportedly appropriated by Senator TA Orji while he held away as the governor of the state making the state the least developed in the country and ironically the fortunes of the Orji’s has greatly improved as can be seen by their now enormous financial war chest and the choice properties they own both in the state and all over the world.”

In a press release made available at the weekend, the group wondered why the suspects are yet to be prosecuted, “months after the EFCC painstakingly made public, a detailed revelation of how Senator Orji, as Abia State governor, dispensed his five hundred million naira, a month, security vote; how he and the state government expended the enormous Ecological Funds that accrued to the state then.”

The group also wondered “why the authorities have remained silent months after the EFCC’s revelation of the huge sums of money in Hon. Chinedu Orji’s numerous bank accounts even as they alleged that Hon. Chinedu Orji, who is former Governor T A Orji’s son and the current Speaker of Abia State House of Assembly, prior to his father’s ascension as governor, had no record of employment or businesses to vindicate such alleged wealth.”