Home Editorial What Ndigbo Must Do Before The Restructured Era
Editorial

What Ndigbo Must Do Before The Restructured Era 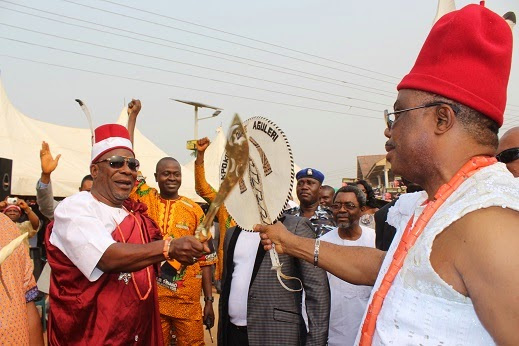 Despite the dearth of development in the Southeastern region of Nigeria, which has continued to pose existential threats, most Southeastern leaders have made no serious attempt to harness the current resources for the greater good of Igboland. Instead, the Igbo politics has been overly consumed with mundane excuses, greed, and corruption heightened with utopian ideas that focus solely on the future, most of which are envisaged to satiate the thirsty sentiments of the gullible masses, forgetting that the people must first survive before they can prevail.

An alarming reminder of this fact is the deplorable state of healthcare delivery in Igboland. For instance, before the COVID-19 pandemic, there was no hospital with a laboratory capable of testing for such deadly disease in the entire Eastern Nigeria. The plague also exposed the fact that the East, more than any other region, would have been in grave danger, if the COVI9-19 national lock-down had prolonged.

Read Also; Toss Of A Coin: Biafraexit Or The Restructuring Of Nigeria

The common excuse for the lack of development in Igboland in recent times is the structure of the country. Interestingly, the loudest echo chambers for the current campaign from the East are some of the very politicians who held sway during the 16-year rule under the Peoples’ Democratic Party (PDP) but did practically nothing about restructuring of Nigeria. This is the same political cabal who are still clad in the same corrupt methodologies used in colluding with contractors to loot development facilities in the region, especially during the economic boom under Goodluck Ebele Azikiwe Jonathan, ‘an Igbo adopted son.’ Ironically, some of such looted projects, for example, the Akanu Ibiam International Airport, Port Harcourt International Airport, 2nd Niger Bridge, Zik Mausoleum, and the major Eastern highways and seaports are currently undergoing real work under President Muhammadu Buhari, the perceived grinch. The malfeasance under the PDP becomes more manifest when considered that the East is witnessing measurable infrastructural development under the current regime, despite meager resources and, of course, amid Buhari’s misguided vendetta against the Southeastern region for not voting him.

These highlights are not an opposition to restructuring. Far from that! Nigeria, as currently structured, is a time-bomb. True federalism has the potential to reposition the country and unleash her abundant resources to greatness, but the process to the change must not hinder progress. It is also true that the ageless marginalisation of the Ndigbo by federal authorities combined to stifle development opportunities in the East. But amid all these, to what extent can Igbos blame others for the lack of unity of purpose in Igboland? To what extent can Igbos blame others for the failure to articulate game-changing policies to confront the taproot of the problem, by provoking the Igbos to invest in their native land that is not even up to 30% developed?  The simple answer is that mere restructuring is not a sole panacea to progress.

Despite the fact that all federal statutory allocations and constituency projects due to the states and local governments, as well as their internally generated revenues, have been under the control of the native politicians themselves, there are no tangible projects to show for the trillions. Leadership is action, not excuses which is why Igbo politicians need to step up and not wait till after the restructuring of Nigeria before embarking on a positive economic test-run to show a semblance of the preferred structure which would at least stem the existential threat of mass unemployment and the consequential rising tide of crimes in the region.

Governors Jim Ifeanyichukwu Nwobodo and Sam Onunaka Mbakwe did not hide behind excuses of marginalisation before performing wonders within just 4 years in the Second Republic. Moreover, the Nnewi model which has long been used as an example for other regions has since rubbished the common excuse that the Igbo must have a functional seaport before it can thrive. This goes without saying that many thriving Igbo destinations, for example, Abuja, Kaduna, and Kano do not also have seaports.

The apparent leadership problem within Igboland is neither lack of people with original visions nor hard work. It is the excuses of ‘let us get to that bridge’ that is stifling progress in Igboland. Combined with other undermining factors like corruption and greed among Igbo leaders. Nevertheless, Igbos must recognise the crying need to persevere and rekindle the competitive spirit, ingenuity, and the mental fortitude needed to unleash immediate investment at home, so that the Igbo masses can even survive before the promised land.