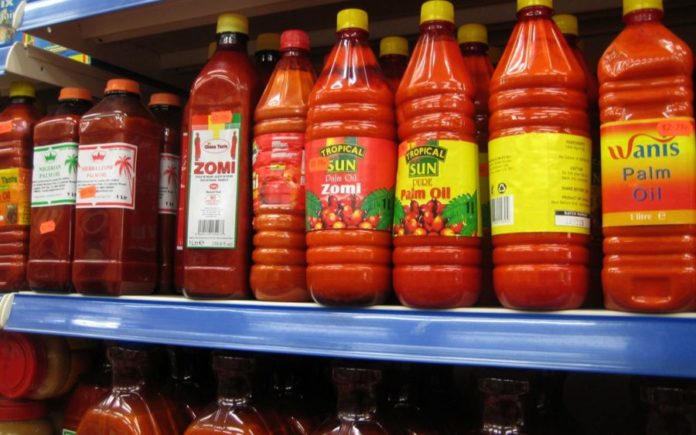 Price of palm oil has skyrocketed in major markets across Enugu metropolis placing the commodity beyond the reach of common man.

A market survey conducted on Saturday revealed that the price of palm oil has risen by about 40 per cent when compared to what its price was some months ago.

At Ogbete Main Market, Garki and Mayor markets a 5-litre keg of palm oil now sells for ₦2,350 as against ₦1,800 the previous month.

Palm oil dealers, who spoke to NAN at the various major markets in the metropolis, attributed the increase to an off-season of the palm fruits for the year.

Ofordile noted that scarcity of palm oil fruits had led to low productivity thereby, leading to a hike in the price of the commodity.

According to Miss Onyeka Agu, another seller of palm oil at Ogbete Market, a 25-litre jerry-can in major markets in the metropolis goes for between ₦13,000 and N14,500 while in the villages, where the oil is produced, the price stands at ₦12,500.

‘The price of the commodity will come down when next harvest period sets in,’’ Adindu said.’

Facebook
Twitter
WhatsApp
Email
Telegram
Previous articleOnyeka Onwenu Opens Up On Her Personal Life
Next articleAnambra APC To Opposition: You Can’t Distract Us