Countries Where You Can Find Igbo Speaking Minority Tribes 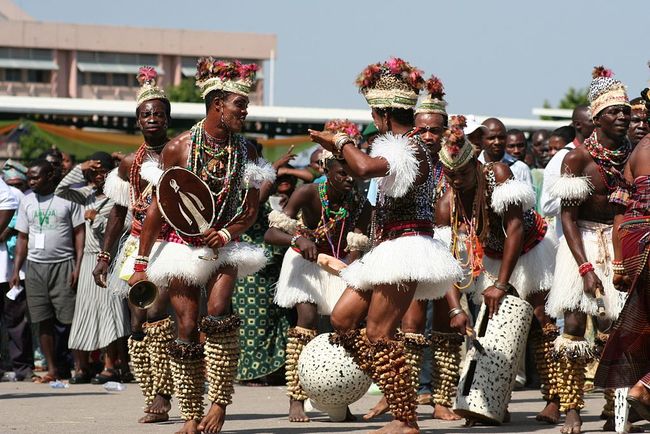 The Igbo sometimes referred to as Ibo, are one of the largest single ethnic groups in Africa. Most Igbo speakers are based in Southeast Nigeria, where they make up almost 17% of the population; they can also be found in significant numbers in Cameroon and Equatorial Guinea. Their language is also called Igbo. The primary Igbo states in Nigeria are Anambra, Abia, Imo, Ebonyi, and Enugu States. The Igbos also are more than 25 percent of the population in some Nigerian States like Delta State and Rivers State. Traces of the Igbo culture and language could be found in Cross River, Akwa Ibom and Bayelsa States. Igbo language is predominant in such cities like Onitsha, Aba, Owerri, Enugu, Nnewi, Nsukka, Awka, Umuahia, and Asaba, among others.

It will interest you to know that it is not only Nigeria that you find people who speak the Igbo language and in these countries where you find other Igbo speakers, it has also been revealed that they have no ties whatsoever to the predominant Igbos in Nigeria.

Read Also; The Disregard For Chieftancy Titles In Igbo Land

Today, over 40 million people speak the Igbo language and it has managed to spread oversees years ago as enslaved Igbo people were traded throughout various slave colonies. These colonies were in the United States, Cuba, The Dominican Republic, Jamaica, Belize, Barbados, and the Bahamas.

Some of the significant countries where you can find large amounts of Igbo speaking colonies include:

Equatorial Guinea: Igbo is spoken in Equatorial Guinea where it is regarded as a minority language. Equatorial Guinea is located at the Eastern end of the Gulf of Guinea, West coast of Africa, the only African Country situated in the middle of the ocean, outside African map separated by water, the only Spanish speaking. Among the tribes are the Igbos, the Bubi and Fang ethnic groups and among other tribes. The Igbo as officially declared by the government of Equatorial Guinea is the third-largest tribe after the Fang and Bubi tribes and occupies a small area in Bioko. Their communities are small compared to Bubi and Fang.

Caribbean Island: Most Caribbean indigenes speak Igbo languages fluently, even though they are not related to any Nigerians. A foremost entertainer and music maestro, Tar Ukoh, says many people in the area speak Igbo of the 13th century. Till now he says, the Igbos feature their Nmanwu, Agaba and Ekpe masquerades during celebrations. From those masquerades, they fashioned out a brand of music they call Wawanco. Their ancestors too were the exponents of the popular Calypso music which is an adulteration of Ka anyi soo Nmanwu (let’s join the masquerade troupe). Igbos speaking tribes in the Caribbean also live in colonies and observe most Igbo customs and traditions.

Cameroon: Some Cameroonian indigenes also feature the Igbo language in their local dialect although it is majorly a french speaking country. It has been recorded that about 110,000 people of Cameroon speak Igbo as their main language and in other major local Cameroonian dialects, there are also speckles of Igbo words and phrases infused in the languages.

Jamaica: In Jamaica, the Igbo were often referred to as Eboe or Ibo. Igbo people were taken in relatively high numbers to Jamaica as slaves during the slave trade era which is why there are also huge speckles of the Igbo language in the Jamaican Patois language. In Jamaica, ‘Red Eboe’ is used to describe people with light skin tones with African features.

They also celebrate what is called ‘Jonkonu Yam festival’ popularly know among Nigerian Igbos as “New Yam Festival”. Jonkonnu is a masquerade festival held in Jamaica which is attributed to the Njoku Ji or ‘yam-spirit cult’, Okonko and Ekpe of the Igbo.

Other Igbo speaking countries where you can find Igbo speaking natives independent of ties from Nigeria are The Dominican Republic, Cuba, Belize, Barbados, and the Bahamas.

Igbo people are great. The ingenuity of Ndi Igbo became well known to the world when they built their own rockets, refined their crude, manufactured their arms and ammunition, created and maintained standard communication systems that they used to communicate with the world during the almost three years of the Biafran/Nigerian civil between 1967 – 1970 when they faced the total blockade.

Ndi Igbo deserve to be celebrated always, and it’s equally important that they get fully involved in the Nigerian polity by participating in the politics of the country so that they can stop whatever marginalisation they are bedeviled with. Sitting on the fence or pursuing a different agenda rather than being courageous enough to seek their own rights will always alienate Ndi Igbo from Nigeria, which they are bonafide citizens of the country.