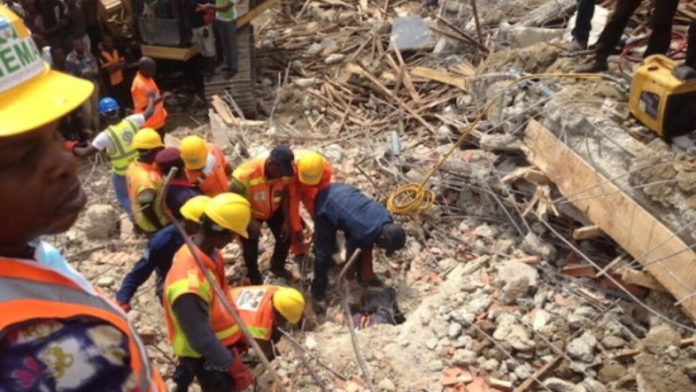 Anambra state government has sealed off the one-storey uncompleted building that collapsed at Umuota village, Obosi in Idemili North Local Government Area of the state.

Chairman/Chief Executive Officer, Anambra State Physical Planning Board (ANSPPB), Barr. Chike Maduekwe disclosed this during an inspection to the site.

The structure reportedly collapsed on Sunday, leaving a 40-year old nursing mother dead and others trapped while a 6-months old baby was rescued alive.

Maduekwe observed that the uncompleted building has been there for more than 40 years, saying the collapse affected one section of the facility.

‘We’ve invited the owner and the caretaker to our office in Awka. After our meeting with them, we will pull the remaining section down.’

‘We appeal to our people to always obtain building permits before construction. This helps the Board to monitor the development.’

He said the 40years old woman was confirmed dead by medical officials.