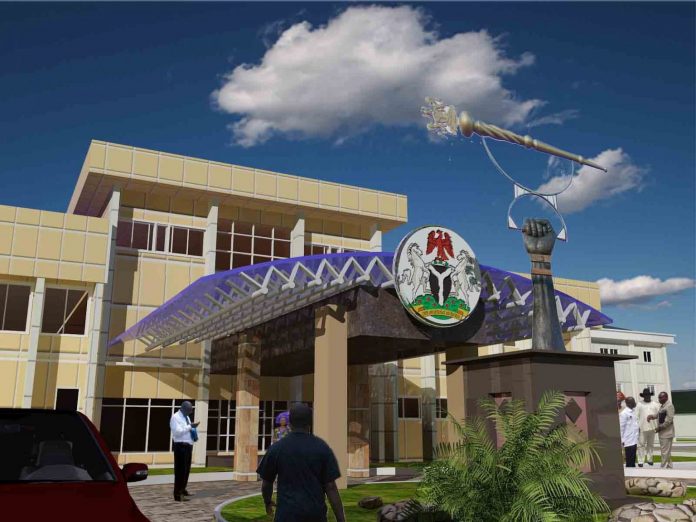 Frank Ugboma, member representing Oguta State Constituency in Imo House of Assembly has raised alarm over alleged infusion of obnoxious sections in a bill, ‘Administration of Criminal Justice Law’, sponsored by him and recently assented to by the State Governor, Hope Uzodinma.

In a press release signed by the lawmaker and made available to newsmen, Ugboma expressed rude shock over the development, alleging that the hands of ‘Esau’ had been involved in the mutilation of the bill.

The release stated that with the infusion of those obnoxious sections, the Governor of the State now reserves the power to arrest or detain anybody, no matter how highly placed, and such person would be released only if the Governor gives permission to do so.

He said, ‘some sessions in the recently gazetted ACJL came to me with a rude shock. I am the chief sponsor of the bill and I took time to go through all the documents that cumulated into the bill.’

‘For the avoidance of doubt, the bill I presented had about a total of 372 sections. How and where it was amended, recreated and reshaped into section 484 and beyond remains a mystery and a legislative wonder of all time. I did the necessary perusal and also circulated to my colleagues during plenary, both in the first and second readings. It did not contain such obnoxious and embarrassing section 484, neither was it deliberated in the House Committee of the whole. My colleagues will bear me witness.’

‘All of us are already available victims of this obnoxious sections. Not even those who practiced this calculated affront on the constitution are exempted. This is appalling.’

‘I have requested that my colleagues constitute a committee to ascertain how such horrendous act was practiced on this ordinarily good legislation. Its outcome, I believe would interest all lovers of democracy and enable future legislative vigilance. This was not the bill I presented.’

The lawmaker, who is also the deputy Minority Leader of the House, further disclosed that he had forwarded a bill for the immediate amendment of those offensive and draconian sections as fictitiously inserted into the bill by mischief-makers.

Meanwhile, the clerk of the Assembly, Chinelo Emeghara had earlier presented a copy of the bill to the public as signed by the Governor.