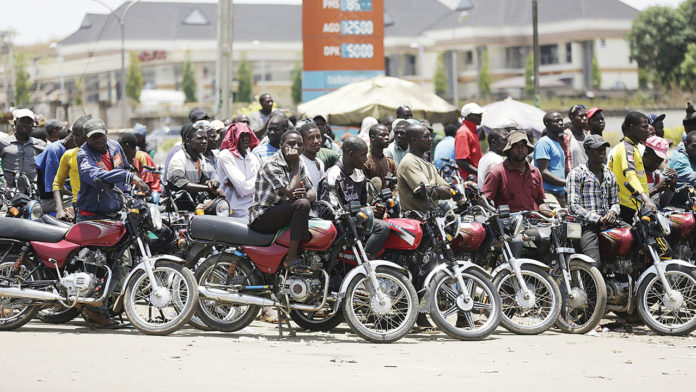 The Imo state government yesterday set up an enforcement team to stop motorcycle operators from operating in the government restricted areas within the state capital after 14 days ultimatum issued to them had elapsed.

This was contained in a letter from the permanent secretary of Ministry of Transport, Lady Ngozi Izunobi, directing the Imo state motorcycle Association, led by Comrade Peter Udogu, to begin the enforcement operation on their members.

The letter warned that any motorcycle impounded must be brought to the premises of the ministry of transport at the state Secretariat Port Harcourt road, Owerri.

It stated: ‘Authority to enforce the ban on Motorcycle Operators Operating within the Restricted Areas of Owerri City and its Environ,’ however, reads as follows:

‘Sequel to the meeting held with Executives of Imo Motorcycle Operators in the State and the management of Ministry of Transport on 31st August 2020.’

‘On the above subject matter; the Ministry of Transport has given authority to the Executives of the Union to enforce a total ban after 14 days notice through radio announcement and other media outlets which has elapsed.’

‘All impounded motorcycles should be domiciled within the Ministry of Transport at the Secretariat, Portharcourt Road, Owerri, Imo State.’