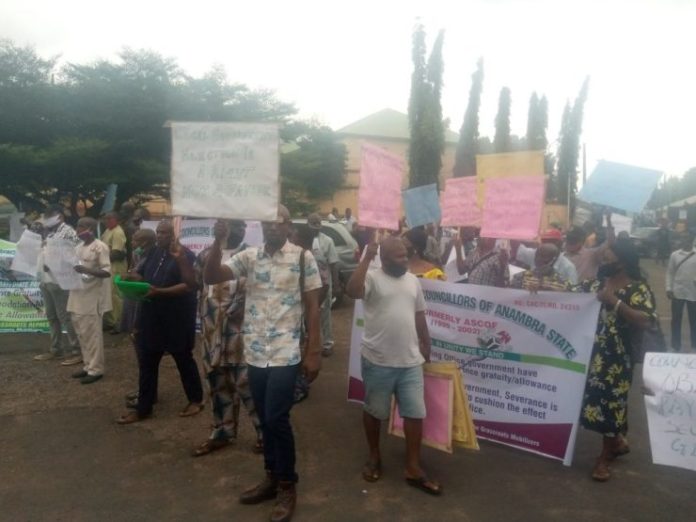 Business activities were disrupted in Awka, the Anambra State capital, on Wednesday following protests by civil society groups demanding for the conduct of local government elections in the state.

Members of the Association of Councillors of Anambra State and other interest groups such as the Tipper Drivers Association also joined the protest.

The protesters, who were led by the convener,  Recover Nigeria Project, Osita Obi, gave the state governor, Willie Obiano, five months ultimatum within which to conduct the elections or be prepared to face civil unrest.

‘Obi described the refusal of the state government to conduct local government elections for eight years as “criminal denial of citizens political right.’

Obi said ‘If elections are held in local government areas, it will create jobs, reduce insecurity and serve as a breeding ground for the training of politicians. The Nigeria Labour Congress and Nigeria Union of Local Employees in the state should stand up against this perfidy.’

Reacting, the state Commissioner for Information and Public Enlightenment, C-Don Adinuba, condemned the protest describing it as politically motivated.