The Unsavoury Custom Of The Osu-Caste System In Igboland 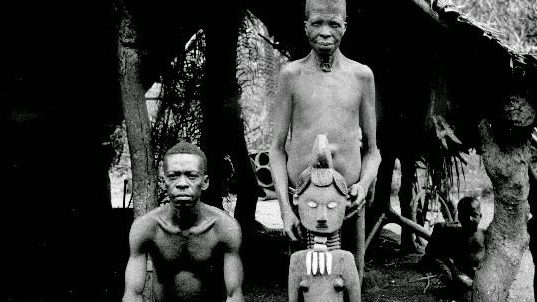 Among the obnoxious, outrageous and devastating traditions and beliefs in Igboland is the ‘Osu-caste system’ which has in different places both in the past and present becomes a key of disunity, humiliation, infringements and isolation in the places where they are practised. The Osu caste system is an ancient practice in Igboland that discourages social interaction and marriage with a group of persons called Osu (outcast). Osus are dedicated to the deities (Alusi) of Igboland; they are considered as inferior beings and are usually separated from the Nwadiala or Diala (real indigenes).

The origin of the Osu caste system can be traced back to the era when the Igbo city-states were managed by the laws of the earth, known as Odinani. The deity, known as Ala, provided rules that must be obeyed by the people so that the nation would be blessed to prosper in the territory given to them by Chukwu Okike – The Eternal Creator. Offenders who were found guilty of great abominations were cast away so as to avoid the anger of the earth Deity and to prevent the spread of abomination among the citizens of the state.

These outcasts were identified as Osu. They were either sold to slavery to other men or were delivered to be enslaved to certain deities who were believed to ask for human sacrifice during festivals in order to clean the land from the abomination they(Osu) committed, thus leading to the purchase of a slave by the people. Another view on the history of the Osu caste system centres on ostracisation. This occurs when a person or group of persons who refuses the orders of a king or the decision of a community are banished from the community, thus resulting in the victim and his descendants being called Osus.

The Osu malaise actually was self-inflicted because the Osu in a bid of trying to evade justice ran to a deity in the land oftentimes for protection.

However, most of the people who are regarded as Osu, today are not the direct perpetrators of whatever heinous crimes they are being punished for today by way of ostracisation. They are only facing the consequences of the evil their forebearers did, and that is the most unjust way to treat any human.

But the truth still remains that the Osu people are most times to be blamed for the lingering consequences of the discrimination in Igboland due to the bitterness and their deliberate refusal to associate with the so-called freeborn or Diala.

Osus are made to live separately from the freeborn and live close to shrines and marketplaces. They are not allowed to have any forms of relations with the Nwadialas. They even may not break kola nuts at meetings or pour a libation or pray to Chukwu Okike on behalf of a freeborn at any community gathering.

An Osu cannot marry a free-born. It is because of this that there are tons of investigation in Igboland when marriages are announced. Elders from both sides travel and conduct investigations to inquire about the social status of the family.

Since modernisation in Igboland, people have criticised the Osu Caste System for defying the basic human rights. A couple of scholars have likened the Osu system to slavery and that it should be abolished.

The fight for the abolishment of the Osu Caste System goes back in time to the days of Nnamdi Azikiwe who in his historic address to the defunct Eastern Nigeria House of Assembly in 1956, described the system as ‘devilish and uncharitable to brand any human being with a label of inferiority due to the accidents of history.’

The late Dr Sam Mbakwe had banned the system in Old Imo State during his tenure as governor. Despite these attempts, they still uphold the Osu Caste system in some parts of Igboland with many people stigmatised for being Osus. It is still practised in other parts of Igboland, such as Oba in Anambra state.

The maltreatment meted out to the Osu has forced many of them to migrate to other countries, abandon marriages and commit crimes against humanity in Igboland. Despite the efforts of many Leaders, both spiritual and temporal, many Igbos are still adamant to the wind of change aimed at disentangling them from this baseless notion.  In as much as it is not as severe as it were in the past, there are still behaviours that tend towards stigmatisation and antagonism on those tagged Osu.

Actually, the heartache, pains, discomfort, agony and psychological trauma caused by this hydra-headed phenomenon cannot be over accentuated in a society such as Nigeria where there is no enforceable law to protect the human rights of citizens, an Osu person is often exposed to public ridicule, discrimination, dehumanisation, etc. It is a truism that hatred and distrust between and among groups or nations are not recent concepts; they are realities that have been there right from the cradle of human existence.

All over the globe, we see glimmers of hatred and segregation despite international laws that promote interpersonal and intercultural relations at all levels. In line with this, the Blacks in the United States suffer terrible discrimination in the hands of the whites which has led to various demonstrations and protests against the strategised racism being meted out to them. This can also be represented in the apartheid, xenophobic attacks against other Africans in South Africa.

On another note, Osu-caste system is equivalent to the Western racism which the former British Prime Minister, Tony Blaire on his glowing tribute at the funeral of the former South African President, Nelson Mandela opined as immoral and stupid. Accordingly, he derided racism and equally drew the attention of his fellow whites to learn and renounce such an immoral act.

Sequel to this, there is a great need to oust this Osu-Diala divide amongst us which was passed on over centuries by ancient and unreasonable traditions. It violates the fundamental human right of an individual or group of people. Abolishing this system will restore the dignity of human beings, promote peaceful relationships and reduce conflicts in society. Igbos need to get rid of this terrible custom as it would only add to the list of tribulations against the Ndi Igbo.

In as much as it’s very important to completely eradicate the Osu-caste system in Igboland, those being labelled as Osu must equally do their own part to avoid anything that will continue the incessant spread of the discrimination first by doing away with their unnecessary fraternisation which isolates those whom they feel that they are the freeborn. This unsavoury fraternisation is one of the pathetic and petty things that is still making it difficult to wipe out the discrimination against the Osu in Igboland.