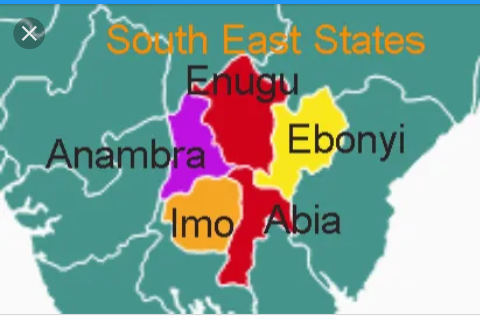 Nigeria is a very blessed country with its abundant human and material resources. Beneath the vast landmass lies natural resources which include bauxite, tin-ore, limestone, crude-oil, and others. Nigeria ranks as one of the most populous countries in the world, So populous that one out of every five black persons on earth is either a Nigerian or has strong ancestral ties to Nigeria.

Nigeria has more than 250 ethnic and linguistic groups. Some of the ethnic and tribal groups that inhabit the geographical space called Nigeria are Efik, Gwari, Igbo, Yoruba, Hausa/Fulani, Itsekiri, Urhobo, Bini, Nupe, Ibibio, Ijaw, and many others. Nobody can controvert the fact that Nigeria is an ethnically diverse nation.

However, unlike Switzerland and America, which have harnessed and utilised their racial diversities to achieve national development, Nigeria has been bedevilled by ethnic animosity since its inception in 1914.

An average Nigerian owes his loyalty to his ethnic group rather than to his country. Nigerians’ identification with their diverse ethnic groups is the driving force behind the rise of ethnic nationalism, nepotism and chauvinism in Nigeria. And this disposition and attitudes to issues affecting Nigeria have continued to weaken Nigeria’s national unity and cohesion.

In Nigeria, people who belong to the Igbo ethnic group stereotype the Yoruba people as foxy, not dependable. And other Nigerians perceive the Igbo people as cut-throat knaves who strive to make money at all costs. More so, the Hausa/Fulani people feel that when an Igbo man is entrusted with the presidency of Nigeria, he will use the immense political powers at his disposal to cause the disintegration of Nigeria.

A country where people(s) from diverse ethnic backgrounds view one another with utter suspicion cannot achieve national unity. These suspicions are drawn from the fact that Nigerians are distrustful of one another, they have been unable to make Nigeria an organic whole (a nation), which will guarantee peace and unity.

The events of 1966 lend credence to the fact that Nigerians are very suspicious of the deeds and utterances of one another. When the January 15, 1966 coup happened, Aguiyi Ironsi became the Head of State of Nigeria. However, the coup that brought him to power was tagged an Igbo coup. Consequently, he was brutally killed in the July 1966 counter-coup. Not surprisingly, Nigeria descended into a civil war with the South-east (Igbos) pitted against the rest of the country. The two warring sides were unevenly matched. Consequently, the Igbos lost the war.

But have the Igbos been truly forgiven for fighting that war? Have they been truly re-integrated into the Nigerian society? The answer to this question is a categorical no. Till now, the Igbo people and their property are targets for attacks and destruction when sectarian violence erupts in the north, which has gained notoriety as the epicentre of religious conflicts in Nigeria.

More so, the Igbo people are being marginalised in the scheme of things. They are being discriminated against when it comes to recruitment of personnel for federal establishments. The educational policies regarding admission of pupils into unity schools in the country are tilted and designed to favour northern people at the expense of the Igbo people. While the federal roads that dot the northern landscape are speedily constructed and rehabilitated, the federal government dilly-dallies on doing the ones in the southeast.

It is these series of wrongs which the Igbo people have been suffering that incensed the Igbo youths and constituted the impulses which have been driving them into joining secessionist groups. Now, the secessionist rhetoric and sentiments, which are mouthed by foremost activist, Mazi Nnamdi Kanu, have found resonance among them.

Perhaps, the Igbo agitators for the creation of the sovereign state of Biafra do not really want a geographical space called Biafra. It is likely that they are calling global attention to the marginalisation and ill-treatment to which the Igbo people have been subjected since the end of the Nigeria-Biafra war in 1970. They want the Igbo folks to be truly re-admitted and re-integrated into the Nigerian Society.

This was also the reason why Mamman Daura’s call for the jettisoning of the unwritten principle of rotational presidency ruffled a lot of feathers. To abandon the unwritten principle of the rotational presidency at this political juncture in the Nigerian politics is to court trouble and rob the Igbo people of their deserved right to produce a Nigerian president of Igbo extraction in 2023.

Since the inception of the fourth republic, two out of the three major ethnic groups that constitute the major tripod have taken turns to produce Nigeria’s presidents at different times. But no Igbo person has become the president of Nigeria.

The agitation for the emergence of a Nigerian president of Igbo extraction has reached a crescendo and millions of Igbo people are sympathetic to this noble cause. Even well-meaning non-Igbo people, who have an active restrictive mechanism, have acquiesced into the Igbo people’s demand for the presidential seat.

But have the Igbo people held a meeting and reached consensus on the issue of political power at the centre being ceded to the southeast in 2023?

The utterances and doings of certain top Igbo politicians and billionaire businessmen lend credence to the belief that fifth columnists are trying to undermine the efforts of the Igbo people to produce a president of Igbo extraction in 2023. These include Rotimi Amaechi, minister of transportation, who mentioned that Igbos should not demand the presidency in 2023, because they did not deserve it. The reasons he gave was that the Igbos rejected the ruling party in the 2019 presidential election and therefore they had nothing to bargain with.

Billionaire Oil Magnate has also come out to say that Igbos do not deserve the Nigerian Presidency because they do not love one another.

The discordant note and dissenting opinions emerging from them portray the Igbo people as a disunited people, who have not agreed that they truly want presidential power in 2023.

However, it is obvious that those fifth columnists of Igbo origins are striving to please their Hausa/Fulani masters so as to save their political careers and sources of livelihoods. But the selfish interests of a few Igbo people cannot subvert the collective will of a majority of people, who want Nigeria to become an egalitarian nation-state where peace and unity, justice, fairness, and equity shall continue to reign forever.

These discordant tunes are not good enough for the messages the Igbos are passing as regards the 2023 presidency slot. If these notable Igbos actually do not want a shot at an Igbo president, there are always ways to subtly pass the message instead of openly castigating their brothers, making them look like fools.