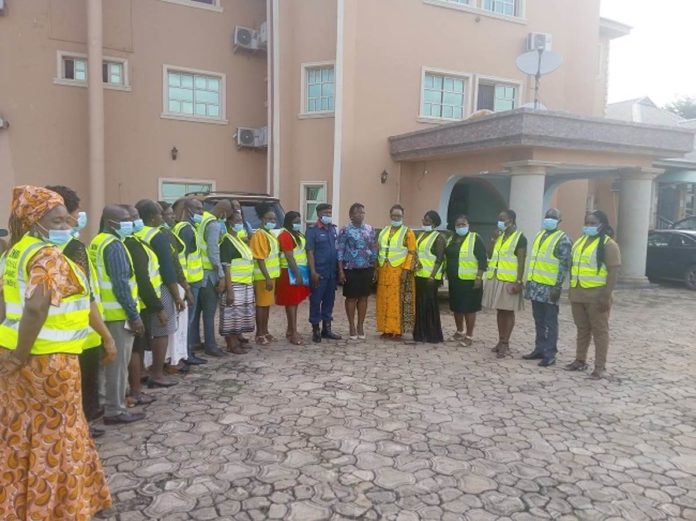 Following the high prevalence of Gender-Based Violence in Ebonyi State, the ministry of Women Affairs and Social Development has intensified war against the menace.

The experts spoke while participating in a one-day workshop on capacity building training for gender focal persons in line with MDAs on developing and implementing State Action Plan (SAP) on violence against women and girls, harmful practices, sexual and gender-based violence and promotion of sexual reproductive health and right of women and girls.

The training was organised by the Ebonyi State Ministry of Woman Affairs with support from the EU-UN spotlight initiative at San Diego Hotel, Abakaliki.

Participants at the workshop include representatives from the Ministry of Finance, information, Education, Justice.

In her address, the Ebonyi State Commissioner for Women Affairs and Social Development, Mrs Rebecca Ogbuewu commended the state government for the domestication of the VAPP law and called all hands to be on deck, stating that the task of protecting rights of the girl child and women shall be achieved through collective efforts.

She then eulogised the EU/UN spotlights initiative for supporting the ministry of women affairs in making the workshop realized.

According to her, the workshop will strengthen women, girls and other vulnerable groups rights in the state and assured EU/UN spotlights initiative that the ministry will not let them down.

Stating the objectives of the training, the program officer and director, Women Affairs, Mrs Ibina Marcilina, said the workshop was geared towards the total elimination of gender-based violence against women and girls in Ebonyi State.

She further commended the state government for her gender-friendly nature which has given the ministry a conducive environment to operate on gender issues.

The Resources person and Executive Director of Invictus Africa, Bukky Shonibare taught the participants how to develop the processes and uses of the State Action Plan (SAP).

Participants like Mrs Mgbaja Goodness, Program Officer Civil Resource Development and Documentation Centre (CRDDOC), commended the Ministry of  Women Affairs and EU-UN spotlight initiative for the training of relevant stakeholders in Ebonyi State on ways to fight violence against women, girls, and other gender issues that have risen so high following COVID-19 pandemic.

According to her, the training will serve as a guide or coordination tool in implementing programs on gender-based violence in the state.

Another participant from CSC, Paul Odimgba, representative of the Nigeria Civil Defense Corp, Ebonyi State, on his part lauded EU/UN spotlights initiative for coming up with the program at the time issues of violence against the girl-child and women are on the increase.

He urged other stakeholders to put hands on deck so that if it is not completely eradicated from the society, it will be brought to the barest minimum level.

Odimgba then assured that the law enforcement agencies will partner with the stakeholders involved in tackling the crime against women and girls in Ebonyi State even as he promised to carry the campaign to his office.

He then urged others to follow suit so that the expected objectives of the training could be achieved.

Barr. Nkem Chukwu, a private legal practitioner and a woman right activist commended the EU-UN women for sponsoring the training and canvasses that copies of the VAPP law be circulated for easy explanation to the citizens, mostly at the rural areas.

A staff of the Nigeria Television Authority (NTA), Abakaliki, Mrs Abigail Eze Iheukwumere commended the EU-UN spotlight Initiative for sponsoring the program and assured them of a partnership in the fight against violence against women and girls in Ebonyi State through awareness creation.