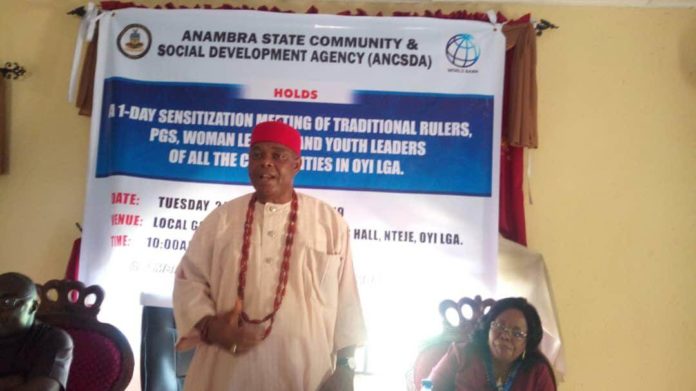 Over 81 members of the local communities and vulnerable groups in 12 Local Government Areas of Anambra state have been empowered in different skills acquisition and trades by the Anambra State Community and Social Development Agency (ANCSDA).

The training which was organised in collaboration with the Industrial Training Fund (ITF) took place in different locations in the state namely Awka, Agbudu, and Aguleri.

General Manager of the Agency, Mr. Chudi Mojekwu said the training was to last between one and two months, depending on the type of skill, adding that the mentored trainees were to re-train others when they get back to their respective communities.

He said, “All the trainees, especially those learning the art of computer repair, hairdressing, bead making, block moulding, phone repair, barbing and shoemaking have successfully completed their program after one month while those learning tailoring and carpentry with a duration period of two months will end theirs by September 20, 2020.

“These trainees who were from the communities that host skill acquisition centers as part of the intervention projects from the ANSCDA were expected on return to their various communities to commence step-down training on their people at the newly built and well-equipped centers.

While commending the graduands on their commitment and attentiveness to the training, Mojekwu charged them to play the role of change agents to ensure further sustainable development in their various communities.

He expressed optimism that training would go a long way in empowering more community members with skills and trades to enable them to be self-reliant and helps to drastically reduce poverty in those poor communities and groups.

“The training will also go a long way in augmenting the good work done by Governor Obiano, especially in building up the 183 communities in the state through the community-choose-your- project- initiative of his administration,” he added.

The trainees expressed appreciation to the state government for its effort in ensuring that the project became effective in the focal communities and among the vulnerable groups within the state.