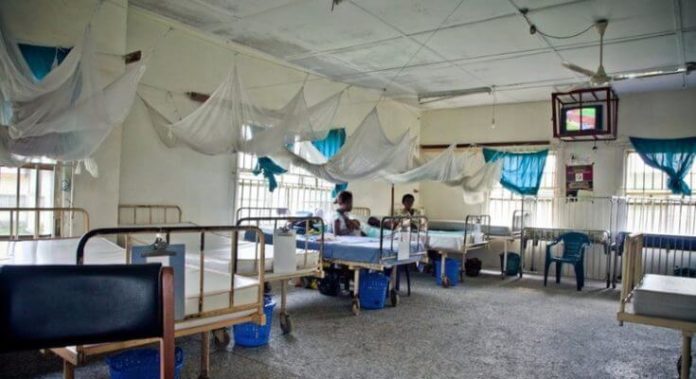 All hospitals owned by Enugu state government have been deserted following an indefinite industrial action embarked upon, on Tuesday, by the state Joint Health Sector Union, JOHESU, comprising members of National Association of Nigeria Nurses and Midwives; Medical and Health Workers Union of Nigeria and the Nigeria Union of Allied Health Professionals.

This is as the Enugu state has commenced recruitment of Nurses to fill the gaps already created in the hospitals with the indefinite strike by the health workers.

According to the state Chairman of Trade Union Congress, TUC, who also is the Chairman of Nigeria Union of Allied Health Professionals, Comrade Ben Asogwa, the strike was embarked upon by the health workers following the expiration of deadline given by the workers for the state government to implement the 2009 CONHESS salary structure they said has even become belated.

The state government has however made a wide public announcement for recruitment of health workers, particularly nurses into strategic tertiary hospitals such as the ESUT Teaching Hospital, Parklane, starting from Thursday.

When Vanguard visited the Teaching Hospital, the place was drastically reduced in activities and human traffic, with only doctors found in the emergency and wards attending to patients. The hospital was practically dirty since cleaners were part of the strike.

A woman, Mrs. Ngozi, attending to her sick husband said that the strike has affected them to the extent that she was the one administering drugs to her husband. “Even the dressing of wounds, the doctors are the ones doing it which is the job of nurses. We are the ones now evacuating refuse from the hospital to the dustbins, even the toilets and bathroom, we are the ones washing and mobbing them.”

Mrs. Peace Mbanugo, who was newly delivered of a baby at the maternity ward, said the strike has adversely affected her and her baby in the hospital. “You know that the work of the Doctors is different from the work of the nurses. The doctors are trying but things are no longer the way they used to be. The nurses were the ones taking care of the baby but now it takes time to get the doctors to attend to us,” she stated.

Chief Medical Director of the ESUT Teaching Hospital, Prof Hyacinth Onah stated that there was a court injunction prohibiting health workers in the state from going on strike that had been subsisting before the administration of Governor Ifeanyi Ugwuanyi, noting however that despite the strike, patients were being attended to in the hospital.

On the sudden recruitment of new health workers, Onah said that “There are two sides to a coin, it’s either you want to work or you don’t want to work and the employer looks for an alternative. The important thing is that the sick patient wants treatment. We expect that the issues will be resolved. We want a peaceful resolution between the labour unions and government.

“Governor Ugwuanyi has told us to ensure that every patient who gets here receives maximum care consistent with international standards and therefore the board and management ensure that the governor’s instruction is carried out and we are doing so.”

“We don’t agree that you implement 100 percent structure for one group and leave the other because you can’t discriminate among the same workers. Government should approve the salary structure across the board. Recruiting other health workers will not work because it’s not charity work; it’s not an answer to the problem, you don’t employ because you want to oppress others,” Asogwa said.

On the issue of the court injection against the strike, Asogwa stated that it was after the strike commenced that they heard about an injunction, noting that even if there was an injunction in the past, it would have expired.

“This is an indefinite strike and until the government implements the salary structure, the strike remains,” Asogwa said.