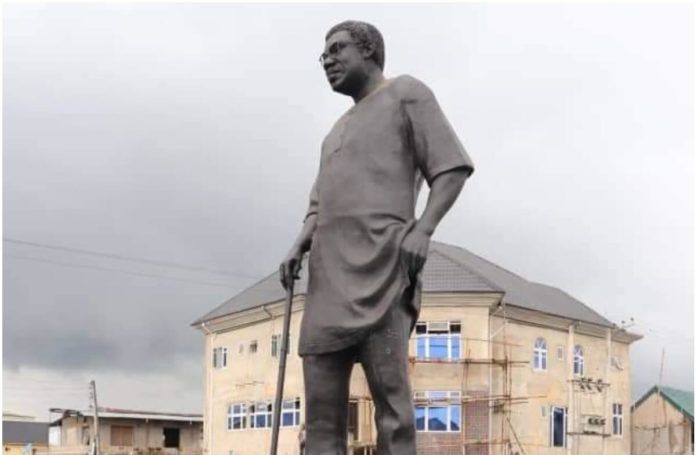 Abia State Governor, Okezie Ikpeazu, has unveiled the Statue of Late Chief Paul Ururuka, the Minister of Works in the old Eastern regional government under the Premiership of Late Dr. Micheal Okpara.

The Eastern Updates learned that the former Minister of Works was the brain behind all the Infrastructural developments in the Eastern region.

It was under his watch as the Works Minister that towns like Enugu, Port Harcourt, Umuahia, Calabar, Ikot Ekpene, etc were developed, reports said.

However, according to a statement by the Governor’s Chief Press Secretary, Onyebuchi Ememanka, on his verified Facebook page,