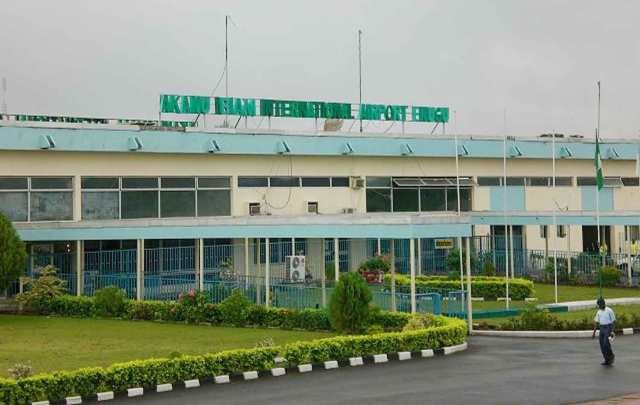 Excitement and gratitude filled the air yesterday as the Akanu Ibiam International Airport, Enugu State, was reopened for commercial flight, exactly one year and six days after it was closed for major rehabilitation and runway expansion.

Although the loud drumming from several musical and cultural troupes as well as the long wait for the ceremony underscored how much the people valued the re-opening, leaders insist that the rehabilitation was not enough to assuage the over 50 years marginalisation and injustice against Ndigbo.

For them, more infrastructure in the zone, the presidency of Igbo extraction, and restructuring of the country will help in wiping away cries of marginalisation by the people.

Indeed the large turn-out of Igbo leaders, including four governors of the South East, Ohanaeze Ndigbo led by the President General, Nnia Nwodo; traditional rulers led by their chairman, Igwe Alfred Achebe; religious leaders led by Archbishop Christopher Ede; National Assembly members, serving ministers and the academia among others demonstrated the unity of purpose in the clamour for an international airport in the zone.

But the Federal Government stated that it was poised to do more, stressing that the timely completion of the airport, even with the ravaging coronavirus disease, was a demonstration of its commitment to ensure equity and return the country on the path of economic development.

The runway was expanded to three kilometres to accommodate bigger aircraft.

He stated that the airport was closed on August 24 last year due to its dilapidated state, adding that the extended runway came with a taxiway, car park, fencing, terminal building rehabilitation, instrument landing facilities, Communication VSat, New DHF radio and airfield lightning for night operation, among others.

“With these achieved, we will now focus on delivering the terminal and cargo buildings while ensuring that we give this place the best in line with international best standards,” he added.

Sirika, who was full of gratitude to President Muhammad Buhari for the timely release of ₦10 billion special grant for the project, said that several challenges like lack of bitumen, drainages, lockdown as well as the sale of the construction company PW were faced during the rehabilitation work.

Meanwhile, Governor Ugwuanyi, at the weekend, joined leaders and members of Ohanaeze Ndigbo, at their secretariat in Enugu to commemorate the 29th anniversary of the state’s creation.

He described the governor as a leader, who does not promote division among the political class and beyond.

He used the opportunity to highlight other remarkable achievements of Ugwuanyi’s administration with the state’s lean resources.

“There is no other state in the country that has paid December salary two times (13th month) except Enugu. We have noticed with admiration the emphasis of your capital development. I noticed the number of primary and secondary schools in all the councils renovated every year under your administration. What progresses the world today is education. I noticed the number of general hospitals and health centres springing up in the rural areas,” he said.