We Are Not Afraid To Take On Drug Barons – Abia NDLEA 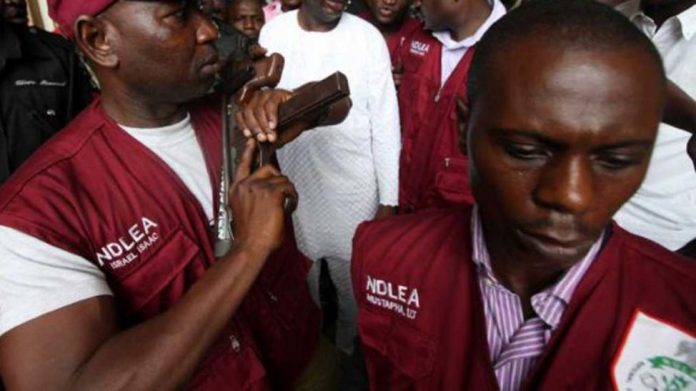 The National Drug Law Enforcement Agency (NDLEA) has said it will not shy away from arresting notable drug barons in the country.

The Chairman/Chief Executive Officer of the agency, Col. Muhammad Abdallah (rtd.), said this in Aba, the economic hub of Abia, on Friday during the public destruction of drug exhibits by the Abia office of the agency.

Abdallah urged Nigerians to assist the agency with useful information on drug dealers in high places to fasttrack appropriate steps, saying that the agency required such information to work. He said the agency embarked on the public destruction of the exhibits “to get them out of reach of the criminals.”

The NDLEA boss described Abia as one of the most enterprising states in the South-East, hence the need to ensure that the state was not threatened by hard drugs.

“This is due to the fact that manpower is often depleted by drug dependence, while the get-rich-quick syndrome leads productive persons into criminality and illicit drug business,” he said.

The NDLEA boss further commended the support of the Directorate of State Security, the Nigerian Army and other sister-security agencies in the state.

Also, the Abia NDLEA Commander, Bamidele Akingbade, said that the public destruction of the drugs was the first of its kind in the state.

According to him, apart from white-collar crimes, all other crimes are connected to hard drug consumption, hence the need for all to fight the scourge.

Akingbade also thanked the state government and non-governmental organisations that had contributed to the anti-drug war and sought for more support.

Ikpeazu said that the abuse of drugs had left youths dislocated, rejected and disillusioned in life with unquantifiable damage to society.

He regretted that the concerted efforts to rid the country of the unhealthy phenomenon had yet to yield the desired result.

The governor said that the burning of the drugs showed the agency’s commitment to end the menace and entrench sanity in the state.
He gave assurance that the state would not relent in its support to NDLEA in the fight against drug abuse in order to ensure a hard drug-free society.

Mazi Nnamdi Kanu, leader of the Indigenous People of Biafra, has issued a stern warning to State Governors, asking them to learn from what...
Read more
Features