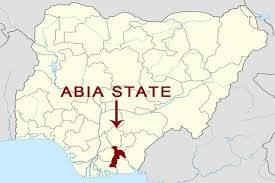 Ahmed O. Musa (aka Amed-O), Nollywood personality and musician, has launched an initiative to harness and project local talents in Africa, beginning from the southeastern state of Abia, where his mother hails from. Amed-O, whose brainchild, Ahmed –O Artiste LIVE Shows, has over the years availed the platform for talented acts in music, comedy, acting and dancing to unleash their potential, announced this during a virtual conference in Lagos recently.

According to him, this is coming on the heels of a new studio his company launched in Aba as well as the need to complement the efforts of the state governor, Dr. Okezie Ikpeazu, who has been championing a new economic revolution in the state, hinged on harnessing local talents. “This project is Africa-wide, but we will begin with Abia, because that is my maternal home. Abia, from the days of Dr. Orji Uzor Kalu as the governor to today, has a penchant for developing local capacity and that is what this initiative wants to leverage, with the hope to discover, groom, promote and export the talents. We have been in talks with some local and international bodies like Nigerian Export Promotion Council, Filiya Records Division of Filiya Ventures Int’l Agencies Ltd and others to boost our operations in this regard. Concerned individuals and corporate entities keen on uplifting the youths can also partner with us.”

Although the COVID-19 pandemic mounted obstacles to some projects planned for the year, like the DDEA Humanitarian Awards (slated for Lagos and United States, respectively) and other concerts, he painstakingly completed a new video for his eight-track album, “No Woman, No Man.”
He said: “We have refused to allow the pandemic distract us. But it did affect us.”