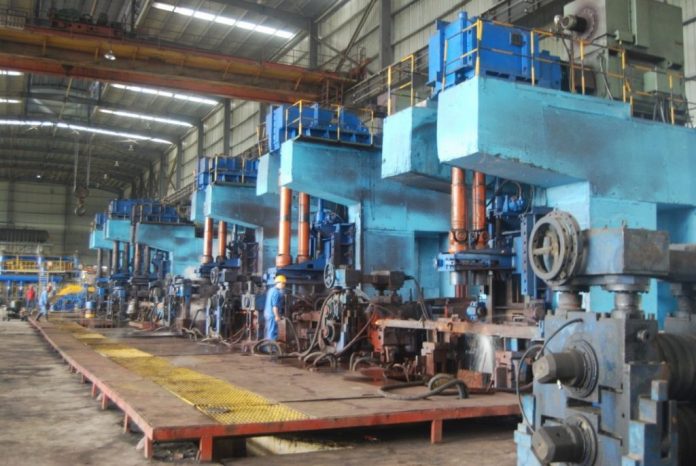 The thread, comments and media reports got the attention of the federal and state governments.

The Abia State Government has reacted to allegations that a Chinese Firm, Inner

The agency, in an update said a fuller investigation is ongoing.

Similarly, the Abia State government has set up a committee on the matter.

In a statement on Tuesday by Nnamdi Nwokocha-Ahaaiwe, chief counsel to Inner Galaxy, the company described the allegations as “a deliberate fabrication, mischaracterisation and misinformation”.

On alleged imprisonment of workers, Nwokocha-Ahaaiwe noted that there had been no such instance.

He said: “With the onset of the COVID-19 pandemic worldwide, individuals and companies were confronted with a situation of unprecedented crises. Our clients had to determine what to do in respect of about forty percent (40%) of their workforce who live and come to work from Obigbo and environs in Rivers State, which is about ten minutes’ drive from the company’s premises.

“This was because the Rivers State Government had announced that it was going to completely lock its borders with neighbouring States, of which Abia State is one. This meant that those employees of our clients who live and come to work from Obigbo and environs will be unable to come to work for a period which it was difficult to determine as no one knew when the pandemic would be over.

“Most States, including Abia, announced lockdowns and curfews such that even intra-state movement became cumbersome. It became clear that for a long period, our clients will be unable to operate at full capacity, rendering many workers redundant. This is because the main input of production of our clients is scrap iron and the suppliers send trucks/trailers of the materials from all corners of the federation, ranging from Sokoto, Maiduguri, Lagos, etc.

“The environment and conditions prevalent in big factories and plants such as those operated by our clients are such that if very strict safety protocols are not implemented, it takes only for one employee to bring the Covid-19 virus to the plant from home, and it will quickly spread among workers in the factory/plant until it becomes uncontrollable.

“In one company in Sagamu, Ogun State (widely reported), about 107 employees contracted the Covid-19 virus within a 48-hour period and the factory was shut down by the authorities. To ensure that there was no spread of coronavirus, Inner Galaxy immediately instituted very strict Covid-19 protocols, providing one mask every day for each worker and making provisions for over 55 hand-washing/sanitizing stations all over the premises.

“The problem was that there was no way of guaranteeing that when the workers return to their homes, they would keep to the same safety measures implemented within the factory complex. The management called a meeting of all the workers and made an offer: those who agree to stay within the company premises until the restrictions in movement are relaxed will be housed in temporarily, hastily erected accommodation.”

Nwokocha-Ahaaiwe said workers who could not stay, either because of their families or for other reasons, were furloughed and would be reabsorbed when things return to normal.

The counsel disclosed that the remaining were fed twice daily, paid full salaries and bonuses, while those who left to join loved ones got monthly allowances of N15,000 pending when they would choose to resume.

Nwokocha-Ahaaiwe added that Inner Galaxy was a responsible corporate citizen committed to improved staff welfare and friendly relations with the host community.