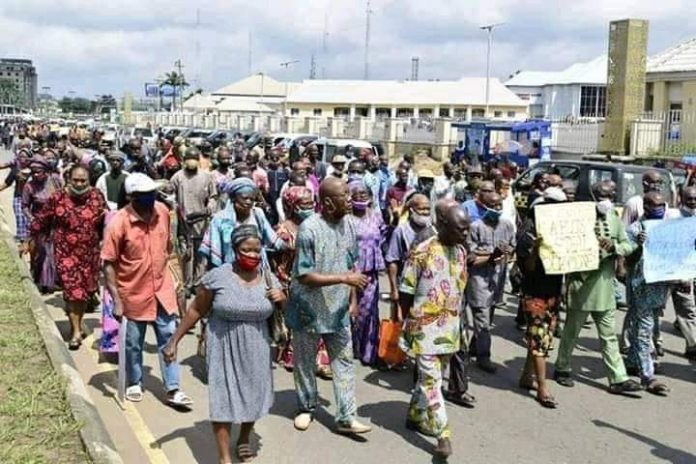 Factional leader of the Nigeria Union of Pensioners (NUP) in Imo State Iyke Ohaneje has confirmed that a few pensioners have got their money.

He assured those who had not got theirs that the government would pay.

He said: “Some of us have not been paid because the state is going by automation and not biometric. Automation is fluctuating and it is slow, while in biometric everybody would be captured at the same time.

“Some of our members have been paid four months, three months and some have not been paid, but we would continue to pressure the government…”

Ohaneje insisted his faction would not accept the automation system of payment because ‘it is not capturing all of us at the same time’.

A pensioner, Charles Amadi, said he only got one month pay.