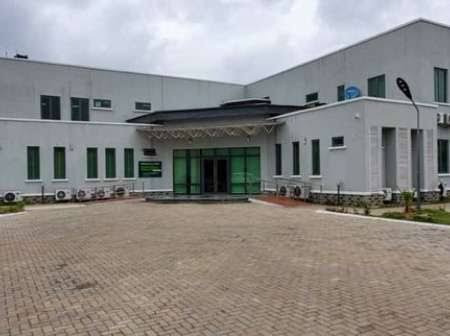 History was made yesterday in Abia State as the Federal Government unveiled the Nigeria Sovereign Investment Authority Diagnostic Centre located at the Federal Medical Centre, Umuahia.

The virtual commissioning was attended by the Governor of Abia State Okezie Ikpeazu; the Minister of State for Health Dr Olurunnimbe Mamora; the Chairman of the Board of FMCU Senator John Danboyi; Managing Director of the NSIA Mr Uche Orji and the Chief Medical Director of the FMCU Dr Azubuike Onyebuchi.

Speaking at a virtual commissioning of the multi-billion naira facility on Tuesday, the Minister of Finance, Budget and National Planning, Mrs Zainab Ahmed, described the diagnostic centre as one that would revolutionalise healthcare system in the country. The Minister said there was a nexus between a wealthy nation and its healthy population, underscoring the need for strategic investments in healthcare in order to surmount the numerous health challenges Nigeria was grappling with.

The Minister, however, called on the private sector to help in addressing the mounting health challenges in Nigeria, since government’s resources were lean.

Earlier in his remarks, the Governor of Abia State, Dr Okezie Ikpeazu, said healthcare was one of the priority areas of his administration.

He said the priority given to the sector was based on the conviction that only a healthy people can develop an economy.

The Governor who commended the Federal Government on its choice of Umuahia as the location for the Diagnostic Centre, added that more investments needed to be made to reposition the health sec tor.

In his speech at the occasion, Managing  Director/CEO of the NSIA, Mr. Uche Orji, said, “Our vision for healthcare is three-fold one that centres around reducing medical tourism, developing and investing in centres of excellence which will provide world-class healthcare services domestically and lastly, providing tools to ensure that our healthcare professionals are able to deliver at the highest level.”

He said that the completion of the NSIA-Umuahia Diagnostic Centre was expected to raise the bar in the quality and standard of diagnostic services in the South East and South South region for the benefit of the Nigerian people”.

In his remarks on the development, Dr. Azubuike. K. Onyebuchi, Chief Medical Director at the  Federal Medical Centre Umuahia, said “There is a positive correlation between healthcare and the economy. It is our hope that the facility will transform the quality of healthcare service in the region and set the standard for future investments.”

Chairman of the Board of Trustees for FMCU, Senator John Danboyi who also featured at the event said “We started this project and have been working on it for nearly 6 years. The Board is pleased with today’s outcome and we hope that it will offer impetus to investors in the healthcare space.”