Osisikankwu Era In Abia State As A Case Study For Herdsmen 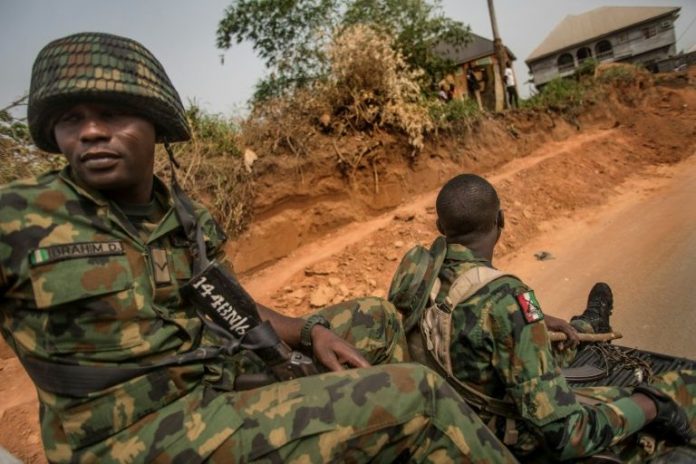 There was a time that Abia state was worse than the whole of Northern Nigeria combined. The business boom in Aba during the period of 2009 to 2012, under Dr. T.A Orji’s rule was gladly appreciated by all, but not many knew the kinds of calamities that were about to descend on their dear state.

Abia state turned into a hot zone for kidnappings, armed robbery, and broad daylight terrorism. The type of crimes that initiated the use of armored personnel and assault weapons, stationed at strategic points in Abia Land all because a hunter and school dropout, ‘Osisikankwu’ terrorised the lion hearted and chased policemen into rat holes, challenging the government at all levels. There are kidnappers and there are kidnappers but the story of Obiọma Nwankwo, popularly known as Osisikankwu will always remain indelible in the history of kidnapping in Nigeria. His was a story of an obdurate fellow who recruited more than 3000 men into the nefarious job of kidnapping that terrorised the whole of Abia State especially Aba and environs, even down to Oyigbo in Rivers State.

That was the period some journalists were abducted on their way back from a national conference in Akwa Ibom and demanded a demented ransom of 250 million Naira.

The period that banks closed operations in Aba, not because of COVID-19 and the period that bullion vans serially hijacked and assaulted with police killed and the driver forced to veer off his destination.

If these sounded like jokes, could you believe that in Igboland, with utmost love for education, that parents withheld their children from schools and defiant husbands who hitherto ignored the opinions of their wives dived under the bed and covered with women’s wrapper under the bed or interned in the toilets just for a slight knock on the door at night?

The period from 2009 to 2012 wasn’t a beautiful experience for Abia State and the Governor grew gray hairs overnight due to the daredevil armed robberies and sophisticated kidnappings. A busload of school children of Abayi International School, of mixed classes, numbering 15, were heartlessly blocked and abducted with their driver. In other cases, bullion vans were robbed and people vanished without good traces.

The so-called rich men discarded affluence, disguised into simple clothing, and hid their big cars in hovels and villages. Some even wore women’s dresses to evade the prying eyes of kidnap scouts. The face mask that is compulsory today would have been easily adopted but its time hadn’t come then.

Aba town and environs where most of the kidnappings took place were described by many newspapers as the kidnap headquarters of Nigeria. Even the BBC on 29th Sept 2010, made a special report. People of all walks of life, Clergy and laity, traders and all, scampered into quiet neighboring cities like Umuahia, Okigwe, Owerri, and other towns for refuge. Not even the police were left out as Akpa Police station was abandoned after incessant raids. To make matters worse, a royal father and wife were murdered for squealing to the police.

The 2011 election was fast approaching and it was evident in some quarters that some politicians bought into it as many started using their contacts to call for the declaration of a state of emergency in Abia by the Goodluck Jonathan led Federal Government.

As unbelievable as it sounded, one of the kingpins of the odious act had the boldness to grant a newspaper interview justifying their kidnap hobby. That was Obioma Nwankwo, alias Osisikanwu, a former hunter. In what appeared to be an inadvertent confessional statement recorded by Chidi Nkwopara, of Vanguard Newspapers, the correspondent was tricked into granting an unsolicited interview by Osisikankwu himself. Mr Nkwopara was deluded into coming to Aba to collect money for advert placement on Vanguard.

According to Mr Nkwopara, he declined on grounds that Aba was a no-go area but the caller persuaded him to come to a popular place at Osisioma to belie his fears. Mr Nkwopara however, agreed and came down to Aba only to meet the dreaded and most wanted militant leader and kidnapper, Osisikankwu.  Since he had been declared wanted, Osisikankwu wanted to use the medium to ventilate himself on why he decided to pick up arms and resort to theft and kidnap. In the interview which lasted for 30 minutes, Osisikankwu admitted to be the mastermind behind the kerfuffle engulfing Abia State as a whole. He said he was on mission to liberate Ngwaland, the largest tribe in Abia State.

According to him, Ngwaland has been marginalised despite harbouring the commercial and industrial city of Aba and being the oil producing enclave of Abia State. Since the creation of Abia State, other smaller tribes in the state such as the Igberre, Abriba, Ohafia, Umuahia, Item, Aro etc, have being advantaged.

In the heat of all theses, what happened a few months later can only be likened to plugging a cork into a leaking bottle. Hypothetically. How kidnapping ended in Abia was abrupt and unexpected.

When the then Inspector General of police Mohamed Dikko visited Abia in an official call, he described the security situation in Abia before his visit and how it fizzled out as a case study.

Governor Orji having been humiliated on all sides finally showed the man in him revealing that he wasn’t a pushover by employing many strategic maneuvers. He dispatched an executive bill to the Abia State House of Assembly that legislated kidnapping as a capital offence. It is an irony of life that many states today are doing so after over ten years that Abia passed the historic bill.

After much deliberations, he welcomed military presence so much so that the 82nd division in Enugu swooped in with military might not bothering whose ox was gored. They ambushed the hotspots and den of the kidnappers in the heart of Ukwa West with vast and dank forests termed the ‘evil forest’ by observers, notably Ogwe and Ugwuati where Osisikankwu raved with his accomplices and other evil lieutenants like Susu, and Onyeme.

All around the state, military hardware became commonplace as if in a war zone, especially in Aba the commercial city and Umuahia the capital, including Ukwa West areas, Port Harcourt Road, and the environs that served as hideouts and getaway tracks. Additionally, a helipad was constructed at Isuikwuato to assist the military in aerial reconnoiter flights and hastened actions too.

Taking a leaf from this Abia Imbroglio, it is advisable that state Governments employ this same method towards the eradication of killer Herdsmen of Nigeria especially in the South Eastern region.

These herdsmen are posing to be a thorn in the neck, but sadly in this President Muhammadu Buhari era, State Governors prefer to play to the gallery than listen to the pleas of their wards. Herdsmen sack villages in the southeast on a frequent basis, they murder and rape indigenes like a favorite past time and no considerable effort has put into warding them off.

If the police and military continues to look away at these happenings, the indigenes may be forced to take laws into their own hands and in other words, this might result to uncontrolled carnage whose ripple effects would affect the whole country.