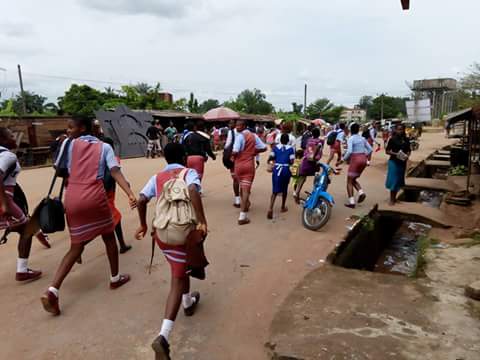 Poor preparations, resulting from non-provision of logistics, such as testing kits at selected locations within the Aba South council headquarters, may hinder completion of activities leading to reopening of schools in Abia State on August 10, as announced.

The government has resolved not to allow school proprietors without certificates of compliances to laid down directives aimed at making their environment safe for the pupils and their teachers, to open their gates on that day.

Also, schools that have not been approved are being warned not to join their approved colleagues to reopen for classes on that day, rather to move their pupils in primary six, JSS 3 and SS 3 to the ones in which they were registered to take the examination for the two weeks preparation period before the examination date.

Daily Sun gathered that while the Aba zonal inspectorate of education (ZIE) officials were ready and had actually deployed inspectors to monitor preparations being made by private schools, the local government education authority (LGEA) in Aba South, which is coordinating the testing of school heads and teachers in examination classes, were yet to put their acts together.

It was discovered that only one testing point was being managed at the Aba town hall for public and private schools in the zone, covering five local governments areas (Aba North, Aba South, Obingwa, Osisioma and Ugwunagbo), while forms for the type of tests were said to be in short supply, according to some of the participating school proprietors.

Speaking on the preparedness of her office to ensure full compliance with the directive, the Director of Education in charge of Aba ZIE, Esther Nwankpa, said officers on COVID-19 leave have been recalled and deployed to monitor the exercise in all approved primary schools in the zone, stressing that only such institutions that completed and obtained compliance certificates, would be allowed to reopen next Monday, as well as receive government palliatives.

According to her, they will also look out for programmes on schools attendance, dismissal time and staff health status.

At the Aba town hall venue, proprietors and their teachers were angrily marching between the offices of the LGEA and the council’s health department, on being told about the non-availability of forms and kits for the testing.