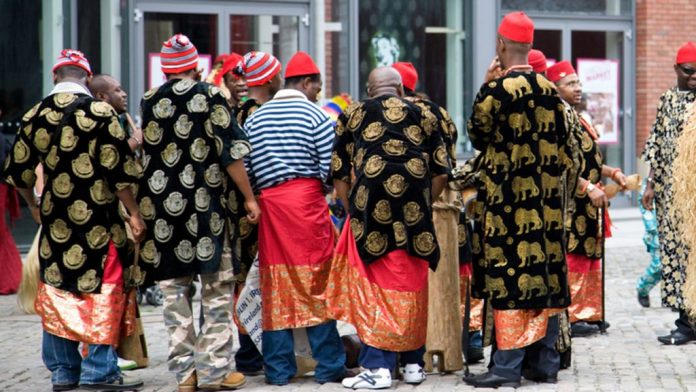 President General of Ohanaeze Ndigbo, Chief John Nwodo, in a condolence message to Afenifere Leader, Chief Ayo Adebanjo said with the death of Pa Fasanmi, the Southern and Middle Belt Forum, have lost one of their guiding fathers.

Nwodo’s message reads, “It is with a pained heart that I received the news of the demise of our father and foremost Yoruba leader, Pa Ayorinde Fasanmi. It is sad that Pa Fasanmi left us now that his wise counsel is needed most in the nation’s march towards democratization and in its most distressful period.

“I can recall Senator Fasanmi’s innumerable contributions to nation-building as a pharmacist, politician and elder statesman during his stint as President of the Pharmaceutical Society of Nigeria, Member of the Board of Directors of the Old Western Nigeria Housing Corporation, Member of the Federal House of Representatives and Senator of the Federal Republic of Nigeria.

“It is indubitable that with his passing on, Afenifere, and indeed the Southern and Middle Belt Forum, have lost one of their guiding fathers, especially at a time when his invaluable contribution is most needed to restructure and bring the country back on the track of sanity.”

Describing the late Yoruba Leader as one that was humble, a selfless leader, and a champion of democracy, Nwodo said he gave the Yoruba nation a place in Nigerian politics by contributing to the formation and sustenance of Afenifere.

He further said, “As an ardent follower of the great sage, Pa Awolowo, Senator Fasanmi was consistent in his fight for the downtrodden, epitomised in his immortal statement that ‘my greatest challenge is ensuring that Awo’s legacies do not end.”

The Ohanaeze Leader on behalf of Ohanaeze Ndigbo Worldwide condoled with the people and governments of Osun and Ekiti States, Afenifere, and his friends for this irreparable loss.

“Most especially, I commiserate with Pa Ayo Fasanmi’s family and urge them to bear his demise with fortitude and pride because he lived a good, remarkable and fulfilled life during his 94 years sojourn on earth.”