Resumption: Anambra NUT Tackles Commissioner – Nothing Is In Place 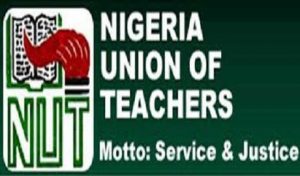 Anambra State chapter of Nigeria Union of Teachers (NUT) has condemned the attitude of the state Commissioner for Basic Education, Prof Kate Omenugha towards resumption of schools in the state.

The chairman of the state NUT, comrade Mrs. Chizueze Nnonye said: “The commissioner is impunity personified. Her attitude is causing serious confusion and problems in the state education sector. Nothing is in place for the school resumption and no COVID-19 response team in any of the schools.”

Nnonye who stated this while interacting with Daily Trust in Awka, Anambra State capital about their readiness for school resumption said they have complained to the head of service and other relevant authorities in the government about the commissioner’s attitude but have not gotten a reply.

According to her, the commissioner does not involve them in anything about teachers and the education sector in the state, especially on the ministry’s plans for resumption of schools.

On the e-training, she alleged that the commissioner forced teachers to pay N8,000 and that the NUT was not aware of the plans and what the programme is all about.

She explained that some of the teachers are being forced to fill e-training forms online because they said it would be used against them during promotion and that when NUT speaks out “she will run  back to the government to legitimise her actions, to say “governor directed her.”

Nnonye said the schools where she wants students to resume are not conducive for learning because those schools need fumigation, sanitisers and running water as well as medical personnel for checking of the students’ health status before being admitted into schools and none is available.

She expressed worries over teachers and students, contracting the disease when all necessary COVID-19 precautionary measures were not in places.

Responding, the commissioner, Prof Omenugha said NUT executives were being carried along with every programme in the education sector.

She said: “Which NUT are you talking about, they were part of the online meeting we held yesterday on school resumption” she said.