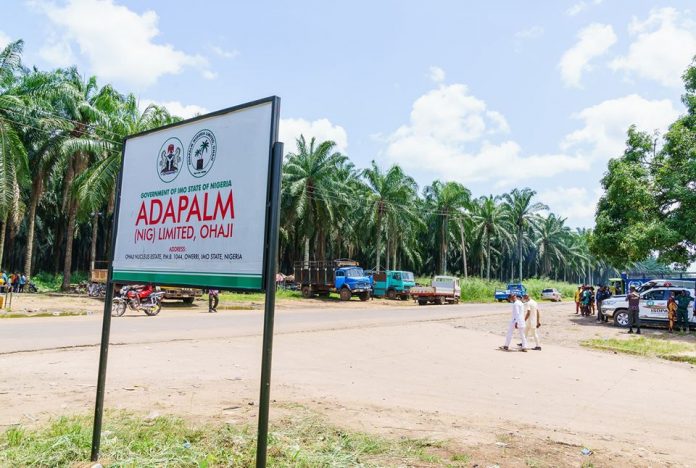 Imo State Governor, Hope Uzodinma, has directed the immediate reinstatement of about 400-sacked employees of Adapalm Oil at Ohaji/Egbema Council Area of the state.

Acting General Manager of the company, Dr. Goddy Obodo, disclosed this at the weekend when members of the Traditional Rulers of Oil Mineral Producing Communities of Nigeria (TROPCON), led by the monarch of Obiomadike Autonomous Community, Eze Sylvester Okwuodor, visited the firm.

Obodo also disclosed that the governor directed the employment of 60 security officers to secure strategic areas within the revived oil palm outfit, describing social media reports that the company’s security officials would be sacked as false.

He commended the monarchs for the visit, adding that Governor Uzodinma also approved the clearing of the plantation and rehabilitation of the office blocks to commence work, urging the monarchs to support government’s programmes and policies.

Okwuodor said they visited Adapalm to express their joy at the appointment of their son to manage the company, pledging their commitment to its revitalisation.
Besides, former Governor Rochas Okorocha, had denied claims that he was working with immediate past governor Emeka Ihedioha to remove Uzodinma from office.

Ndigbo And Their Alleged Jewish Origins

Ndigbo And Their Alleged Jewish Origins