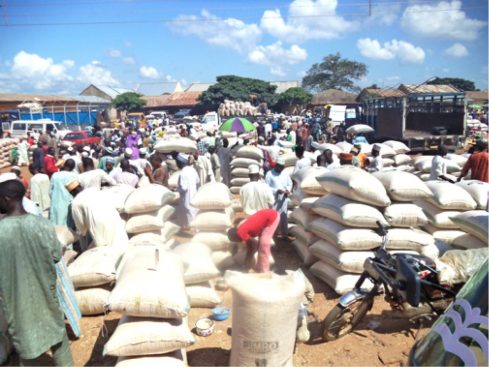 The patronage of local rice has continued to increase as price of foreign rice soars in major markets in Enugu.

A survey conducted by the News Agency of Nigeria (NAN) in markets in Enugu on Saturday, showed that residents are switching from foreign rice to local rice.

A 4.5 litres painter of de-stoned rice goes for ₦2,000 while the non de-stoned local rice remained at ₦1,700 per painter.

In most major markets, the survey revealed that the price of foreign rice has increased significantly.

A rice dealer at Ogbete market, Mr. Chuks Ibe, said that the increase in price of foreign rice was due to the ban placed on the importation of foreign rice.

“Before this present government, foreign rice was in abundance but usually costly only during festive period.

“Because of the ban and the price increase, many people have started going for local rice,” Ibe said.

Mr Julius Uzoh, a rice seller at New Market, also attributed the increase patronage of local rice to its availability in the state.

According to Uzoh, the Adani Rice in Uzo-Uwani Local Government Area had flooded markets in the state and beyond leading to reduction in prices of the product.

Mrs Lara Egbuna, a resident of Achara Layout, said that because of the high cost of foreign rice, she had switched to local rice, saying that the local rice was more affordable and nutritious.