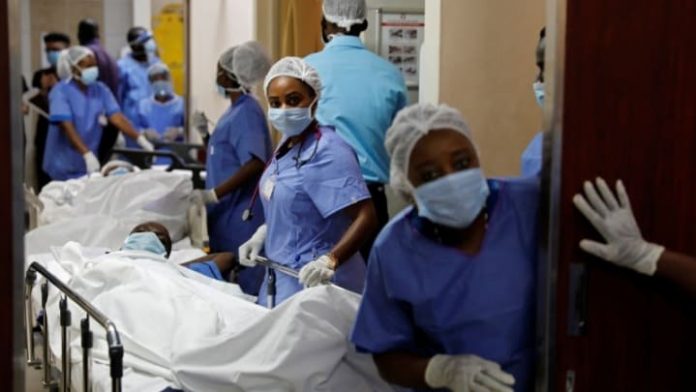 Speaking to journalists on events marking the NMA’s 2020 Annual General Meeting in Ilorin on Monday, Solagberu however, said the association was glad that no casualty had been recorded among the doctors who tested positive.

While cautioning residents against subscribing to the belief that COVID-19 was only a money-making concept for the government, the NMA Chairman advised them against visiting hospitals for now except in cases of life-threatening ailments.

Solagberu said, “Residents should help doctors to help them by not paying unnecessary visits or consultations to hospitals.

“For now, people should avoid visiting hospitals, except for life-threatening issues.

“We advise people to engage in e-health service, instead of physical consultation to avoid contact as much as possible.”

He also commended the federal and state governments for the closure of schools, saying safety should be paramount until the coast was clear.

Similarly, in a circular from his office on Monday, Ewa said the first six confirmed COVID-19 cases in the Alex Ekwueme Federal University Teaching Hospital, Abakaliki, Ebonyi State were those involved in the management of a patient, who tested positive for the virus, while the other 14 cases had no traceable contact to patients in the hospital.

The circular  said following the development, “all other staff members are sent on self-isolation and are being monitored by the hospital surveillance and contact tracing team.”

It urged all staff members of the hospital to apply the basic safety protocols of infection prevention and control prescribed by the Nigeria Centre for Disease Control in and outside the hospital to protect themselves, their families, colleagues and communities at large.