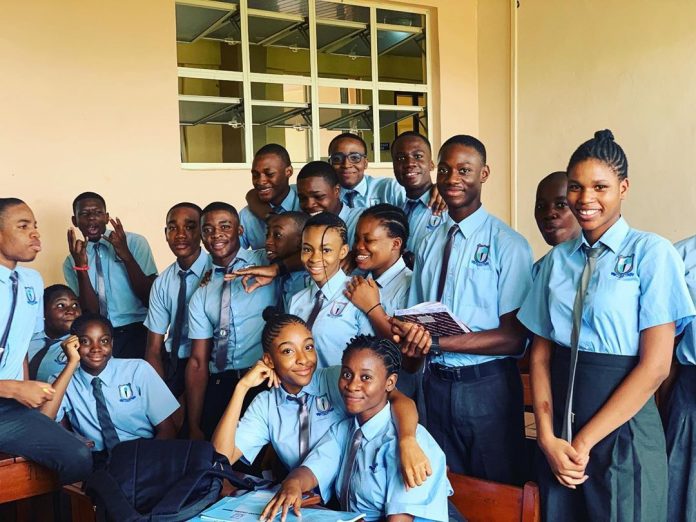 The Enugu State Government has recognised the Model Secondary School, Nsukka for its performance in the 2019 Federal Ministry of Education’s Presidents Teachers & Schools Excellence Award (PTSEA).

It presented brand new bus to the school and promoted its principal, Obi Ezeugwuorie to Grade Level 17 for providing leadership.

Government also presented cash awards and laptops to each of the five students, who performed well in the 2019 national educational competitions.

Details of the awards showed that the Model Secondary School, Nsukka, emerged the fifth best school in public category in the country, while Ezugwuorie, was emerged the fifth Best Principal in the Public Schools Category.

Obi Chukwuemeka and Enebe Chimaobi of Spring of Life International School, Enugu, emerged winners in the 2019 National Mathematics Competition (Primary Category) and were rewarded with N250, 000 and a laptop worth N150, 000 each.

Onoh Jane Chidiogo of Girls Secondary School, Abakpa Nike, emerged overall winner of the maiden edition of the essay writing competition of the Bureau of Public Enterprises (BPE) and was rewarded with N250, 000 and a laptop worth N150, 000.

Egwuchika Tochukwu Onyeze of Shalom Academy, Nsukka and Odigbo Chukwuka of University Secondary School, Nsukka, won the third position in the 2019 National Mathematics Competition (Senior Category) and were rewarded with N100, 000 and a laptop worth N150, 000.

Presenting the awards on behalf of Governor Ifeanyi Ugwuanyi, Deputy Governor, Mrs. Cecilia Ezeilo, said the gesture was in furtherance of the state government’s commitment to rewarding excellence and appreciating “achievements of people or institutions that bring glory and good reputation to the state.”

Ezeilo, who maintained that Governor Ugwuanyi was a lover of excellence, congratulated the students, their schools and parents for making the state proud.

She added that the feats were achieved because of the peace and security in the state, which she said, ensured a friendly environment for teaching and learning.‎

Secretary to the State Government (SSG), Professor Simon Uchenna Ortuanya, who was represented by the Commissioner for Education, Professor Uche Eze, said the State Executive Council (SEC) duly considered and approved the rewards in recognition of the outstanding performance of the recipients to motivate them to excel.

On his part, Ezugwuorie, who responded on behalf of the recipients, commended Governor Ugwuanyi and his administration for the recognition and pledged that they would work harder to uphold the state government’s vision for better education.