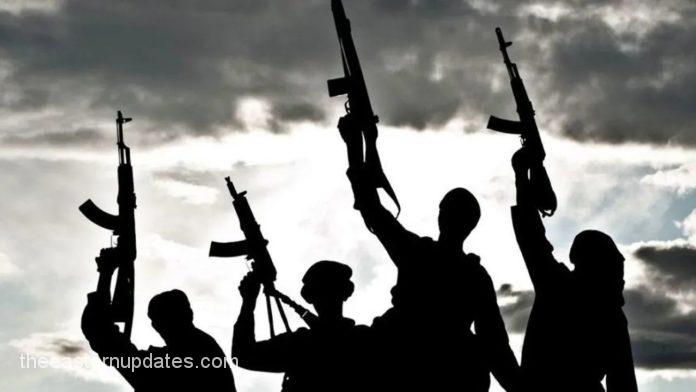 A native of the community, Mrs. Grace Nwite, reporters on Saturday that the hoodlums invaded the community and shot indiscriminately.

Nwite said, ‘They came into the community and started shooting. I heard that they came on a motorcycle.’

The Eastern Updates had reported that the hoodlums also killed Mr. Charles Nwankwo, Commander of Ebubeagu (South-East security outfit) in Ogboji Ward, Ezza North LGA area of the state in his house.

Ebonyi Commander of Ebubeagu, Mr. Friday Ujor, confirmed the killings. He said, ‘I know about the incident but I have not got the full details of the killings.’

‘There were shootings, but there is no proof of political motivation as being peddled now. I will get back to you after some clarification on that aspect,’’ Anyanwu told newsmen.

In another report, gunmen had on Friday kidnapped one Mr. Chris Ohizu who is the chairman of Ideato North Local Government Area of Imo State and the chairman of the All Progressive Congress (APC) in the local government.

According to reports, the gunmen also kidnapped one person who is yet-to-be-identified.

A resident in the area, Chubuzor Nnamadi reportedly told locals that the gunmen also burnt the APC Chairman’s house, taking him away with bullet wounds on his leg

He said nothing was taken out of the house while several cars were burnt to ashes.

Confirming the incident, Imo State Commissioner of Police, CP Muhammed Barde said the command has moved into action, to bring the perpetrators to book.