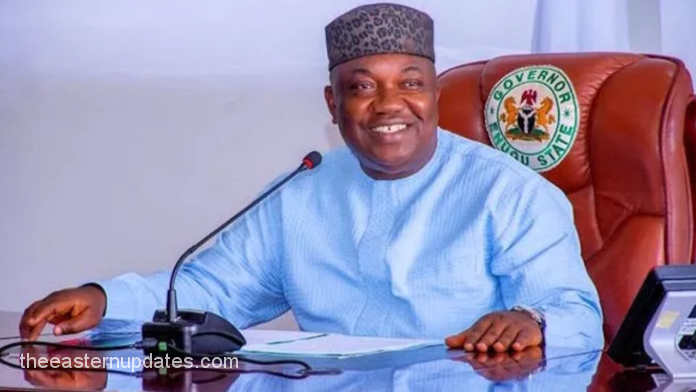 Enugu State Governor, Mr. Ifeanyi Ugwuanyi has revealed plans of a proposed meeting with his Benue State counterpart, Mr. Samuel Ortom over the recent killings of Eha-Amufu indigenes in Enugu by suspected herdsmen in an alleged collaboration with the Agala natives of Benue State.

Governor Ugwuanyi however promised the people of the states that peace will soon return to the troubled Community following series of parlies initiated by the state government.

The Governor gave this assurance on Wednesday when he meet with the stakeholders of Eha-Amufu community in Enugu.

The Eastern Updates reports that Mr. Ugwuanyi, who had earlier visited the area and improved security, had summoned its leaders where he reassured them of his government’s determination to restore lasting last, return of their economy and those who fled to other areas for safety.

‘We have laid the foundation for peace and unity. We have been able to restate our resolve for forgiveness. The unity of our people and economy of Eha-Amufu are paramount and we must restore life to the area.

‘I want to reassure you that your pains are my pains and that I cannot fold my hands and watch you suffer. I may not be happy with a lot of things, especially when some people have access to AK 47 and use it anyhow and others do not.

‘It will take years for those who have been displaced, especially the innocent ones to recover and face their life again. It will take years for the memories of those killed out of nothing to be forgotten. These are poor people who can barely feed. I went there in the night to discover that there was no light anywhere. I feel their pains’, he said.

The Enugu state Governor stressed that he will liaise with his Benue State counterpart with the aim of improving patrol around the axis that serves as escape routes for the invaders, as well as leaders of the Fulani community, even as he promised to restore leadership in some communities without a Monarch or President general.

Earlier, some of the stakeholders who spoke at the meeting had blamed leadership gaps, dangerous politics being played by its people, divisions and an attempt by some Fulani herders to “acquire, annex and intimidate the people to occupy their land” as responsible for the killings in the area.

They stated that though they don’t share boundaries with Fulani people, adding that there was no truth in certain rumours that they sold land to them, but that they had always collaborated with some Benue people to attack the community to acquire spaces to live in.

‘They chased us away from our farm settlements into the homeland. Now they have left the farm settlements and are attacking us in our homes. We cannot go to the farms any longer. In this season where we normally harvest rice, we cannot return there to harvest and hunger is killing our people’, they lamented.

They had also called for an inquiry to unravel the truth about the disturbances in the area as well as reconciliation for those injured one way or the other for lasting unity and peace.

The meeting was the second this year. The governor had met with stakeholders from the area on January 8 this year, following an attack by suspected herdsmen that claimed lives.