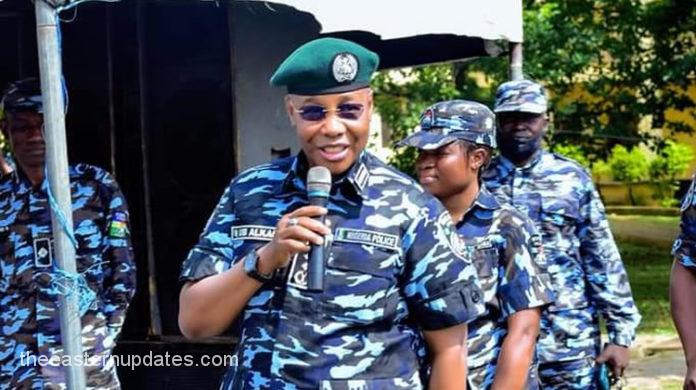 Inspector General of Police (IGP) Usman Alkali Baba has issued a stern warning that the police will not spare criminals hiding under secessionist agitation to attack Anambra State residents, police operatives, and facilities.

Baba warned that the force would not relent in ensuring safety and security for the people of the state and country.

The IGP spoke in Amawbia during the inauguration of an ultra-modern divisional police station attached to a police barracks for senior police officers of the division.

He congratulated Anambra residents for their determination to live together and surmount increasing security challenges, assuring them of maximum support.

Baba said: “Anambra may be one of the boiling points, if not the most. But you have a security-friendly governor who is assisting us with a conducive environment.

“Don’t relent. We will defeat them handsdown. As for the careless secessionist idea that is being unlawfully advocated, it won’t continue.

“There are better ways of agitation. But the ones we are witnessing are not tolerable and the government can’t be intimidated. This is criminality, and the agitation for Biafra is just a smokescreen for criminality.”

Describing the police station as a drop in the ocean as far as policing was concerned, Baba said the force needed more of such facilities to accommodate officers and provide them with a better work environment.

“This is one of the projects to motivate our officers and retirement after work. In this spirit of Federal Character, we’ve spread it across the country. We’ll try to replicate this,” he added.

The IGP further promised to provide a level playing field for politicians and the electorate ahead of the 2023 general elections.

Earlier, Governor Chukwuma Soludo appreciated the IGP for finding the state worthy to be one of the beneficiaries of the facility.

Soludo, represented by his Special Adviser on Security, Rtd AVM Ben Chiobi assured of continued synergy with the police and other security agencies to ensure Anambra remained the country’s safest state.

He said: ‘What I’m seeing here is mind-boggling and very exciting, probably the type we see overseas. For me to hear that it’s one of 120 stations that are already here is worth applauding.

‘I’m sure we’ll be lucky to benefit from more things to assist us in our efforts towards maintaining the safest state status.’