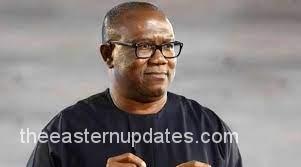 A youths group in Anambra State have called on Mr. Peter Obi who is the presidential candidate of the Labour Party (LP), to withdraw from the race and join hands with progressives forces in the South East to negotiate a brighter political future for Igbo.

The group, Coalition of Anambra Youth Leaders, said there were fears that Obi’s insistence on contesting the presidency would rub off negatively on Igbo and brighten the chances of the All progressives Congress (APC) to retain power at the centre.

Noting that the APC experiment has been disastrous for the country, the youth coalition said all efforts must be geared towards rescuing Nigerian from the party, adding that another four years of APC may totally eclipse Nigeria

Addressing journalists at a press conference in Awka, National Leader of the coalition, Dr. Chinedu Ekwealor, said Igbo stand a better chance of getting to power at the centre through the Peoples Democratic Party (PDP).

According to him, Obi ought to reconsider the negative impact of his personal ambition on the future of Igbo nation and stand down in support of the party which vice presidential candidate he was in 2019.

Dr. Ekwealor said Obi’s LP has no mathematical chance of winning the presidential election adding that emotions would not bring in the desired numbers that would satisfy the constitutional requirement to be declared winner.

Though he said it was human for people to be emotional about Obi’s ambition, the youth leader stated that emotions don’t win elections. Superior numbers do.

‘Let us not be emotional about it. No Igbo man can be president without a formidable alliance with the other major regions that make up Nigeria.’

He argued that in the early ‘60s and late ‘70s, Igbo understood that point and maintained a robust relationship with their northern brothers.

‘Our brother Peter Obi does not have this alliance and knows very well that an irate social media mob does not, and cannot, make him president. “Obi’s presidential run is sabotage to Ndigbo. What he has only succeeded in doing is increasing APC’s chances of winning the election by depleting the votes of the South East for PDP. The implication is that the South Easterners will have to stay out of power for a minimum of another 16 years. This is because after Tinubu (if he wins), power would return to the north for another eight years leaving Ndigbo out for another 16 solid years.

‘If Mr. Peter Obi truly loves Ndigbo, he should step down forthwith and strategise with other well-meaning Igbo elites in charting a way forward for the Igbo nation. We repeat, the presidency is not won on the premise of wishful thinking and hullabaloo of an untamed mob, who probably do not even understand the need for a pathway for the Igbo nation.” Pushing for a new narrative for the Igbo nation, Dr. Ekwealor  said: “Ohaneze Ndigbo and prominent Igbo leaders, including Obi, must now without any further delay, engage seriously with the frontliners in the forthcoming presidential election, and secure bankable negotiations for Igbo political renaissance and pathway to the presidency of Nigeria.’

The Eastern Updates reports that Obi has continued to gain support from many young people in Nigeria.