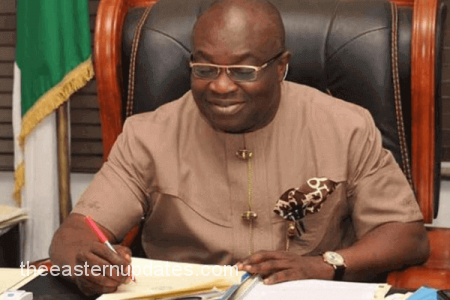 The commissioner for Small Medium Enterprises and New Businesses Development in Abia State, Adaku Uwaoma Onusiriuka-Oseiza also known as Aida is set to release a new song in aid of charity.

The song, titled: ‘Unending Love,’ will be launched on the official Youtube channel of Aida Benjamin Foundation on Saturday, November 12, 2022 at 6:00 pm and the song is also available on all digital platforms.

Adaku, who is also the founder of Aida Benjamin Foundation, a non-profit and non-governmental organisation created to meet the yearnings of the vulnerable especially widows and vulnerable , said that the song was meant to spur and promote the love of God in all ramifications.

“The song was produced by Chinedu Gboof and I am so glad working with him,” she said.

Adaku also disclosed that she was inspired to produce the songs amidst the need to douse tension in the country and promote love, saying that the song is to appreciate God for all he has done.

“There is need to spread love around. There is so much tension all around the world and in our country most especially amid the electioneering period. Despite differences in political parties people should approach the elections in brotherly love and not in hatred.

Speaking further, she lamented that there’s so much chaos in the country, with most Nigerians complaining about hardship.

Adaku urged wealthy and spirited Nigerians to reach out to the poor and vulnerable.

“We should learn to reach out to the vulnerable groups in the society”.

“Spirited and wealthy Nigerians should also continue to reach out to people, and learn to give to the needy no matter how small. Some people can’t even afford N200 or N100 while some people have so much. The song is about love and this is to tell people to show love and extend this love to others.”

On why she sang the song she said, ‘I get songs in my dream I wake up and I just record them on my phone and when I’m ready to work on any I pick one so this is one of those songs I got in my dream. From two years back till now, there have been some major changes in my life and God has really sustained me and has been there for me and I thought I should do something to say thank you.

This is besides reaching out to vulnerable women that are widows, orphans, and people that are in one form situation or the other that they are not pleased with their current situation. I want to also tell them that God loves them and that they should keep standing in faith with God and they should just live a life of faith that the love of God is real and he will definitely meet them at the point of their need.