Ngige Lauds Etiaba: An Epitome Of Good Conscience In Anambra 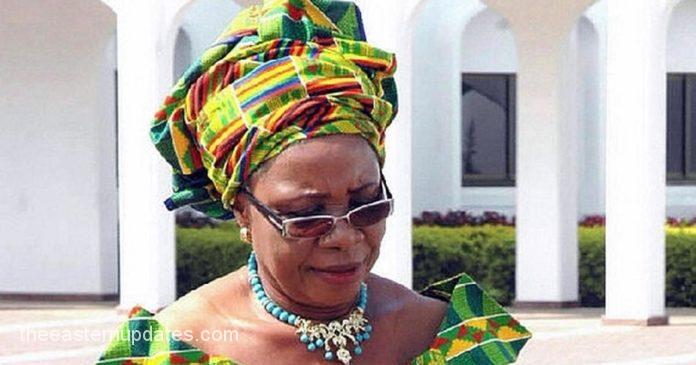 Dr. Chris Ngige who is the Minister of Labour and Employment has finally extended some of his felicitations to the former Deputy Governor and also the one-time Acting Governor of Anambra State, Dame Virgy Etiaba, on her 80th birthday anniversary while he described her as “an epitome of loyalty, fidelity and good conscience in the state.”

The former governor of Anambra State, in a statement in Abuja, also described Dame Etiaba as “an accomplished educationist, seasoned administrator, and consummate public servant, who rendered selfless and meritorious service to Anambra State and the country in general.”

According to him, as the matriarch of the elite Etiaba family in Umudim Nnewi, Dame Etiaba instilled in her children and relatives, the good virtues of hard work, good work ethics, and fear of God, adding that the seeds she planted in her children have germinated.

Ngige said, “Today, your children are shinning lights in their chosen careers, including Law, Accountancy among others. You impacted on the lives of many in the society as a teacher in different parts of the country before retiring from acting service at Okongwu Memorial Grammar School Nnewi, where you taught Agricultural Science among other subjects for several years.

“After you left the services of Anambra State Government in 1991, you founded the Bennet Etiaba Memorial Schools Nnewi, named after your late husband and legal luminary, and the institution has blossomed till date, providing the country with some of the best brains in medicine, law and other professions.

“During your era as Deputy Governor of Anambra State under Peter Obi and at one time, the Acting Governor, milestones were gained in both social and physical infrastructure. It was during your brief stint in office that the Child Rights Bill was signed into Law. This is besides the humanitarian services you rendered to the society.

“In Anambra State politics, you have continued to epitomise loyalty, fidelity and good conscience. We are indeed very delighted to have somebody of your moral standing around.

“As you join the class of the octogenarians, we celebrate you in appreciation of all that you have done for Anambra State and Nigeria. We wish you good health and the most wonderful days ahead.”

He had also praised her candour, honesty, integrity, forthrightness and boldness, describing her as a role model, especially for women in the Nigerian society.