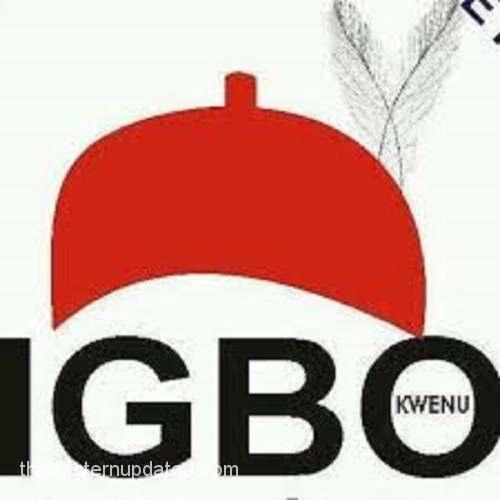 Fresh reports reaching the desk of The Eastern Updates has revealed that the Association of Eze Ndi Igbo in the Diaspora, Southern Nigeria, has made an open warning to the public to be wary of anyone parading himself as Eze Ndi Igbo in Yorubaland.

The group had made this disclosure on Friday.

It had been gathered that an individual has been going around claiming to be the Eze Ndi Igbo in Yorubaland but, the association has put paid to that by warning some of its members of the public to be wary of such an individual.

The Igbo group had also advised members of the public not to be scammed, saying that there is no office of Eze Ndi Igbo in Yorubaland and they warned the public and relevant authorities in the South West region to be wary of anybody parading himself as Eze Ndi Igbo of Yorubaland.

The body made these disclosures via a statement made available to DAILY POST in Ibadan, the Oyo State capital.

The statement had also been jointly signed by the body’s president, secretary and Ezes in the South West. The signatories stated that Igbo living in Yorubaland had not at any time chosen anyone to be in that position.

The association, which is the umbrella body of Ezes in the southern part of Nigeria, stated that anyone claiming to be such should be carefully watched and completely ignored.

Among the signatories to the statement are the President of the association, Eze JohnGreg Ezebuadi and the secretary, Eze Nwabueze Ohazulike, who is also Eze Ndi Igbo of Lagos State and chairman of the association’s national Board of Trustees.