Nnamdi Kanu: Time For Dialogue Is Now – Isiguzoro To FG 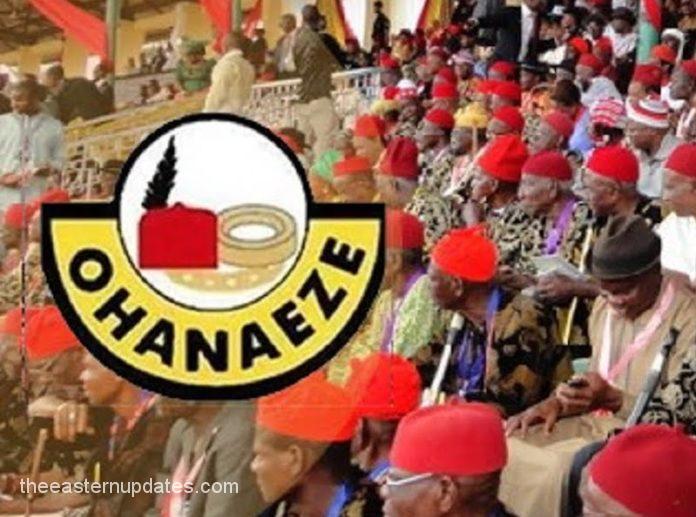 The Ohanaeze Ndigbo Worldwide movement which is a socio-political organisation has urged the Federal Government of Nigeria to make sure that they immediately open a window of discussion with the Mazi Nnamdi Kanu-led Indigenous People of Biafra, IPOB to further iron out some of the other issues with them.

Mazi Okechukwu Isiguzoro, Secretary-General, Ohanaeze Ndigbo worldwide, said this on Thursday while reacting to Kanu’s acquittal by the Appeal Court.

He advised the Federal Government to “resist the temptation of appealing the Court verdict on the illegality associated with the abduction of the IPOB leader, Nnamdi Kanu in Kenya and his illegitimate extradition to Nigeria.”

He added that the Federal Government “should be mature enough to know that Kanu’s victory is ‘a no victor no vanquished verdict’.

“The best way for the Federal Government to reconcile with Biafra agitators should be through dialogue, they should kick-off the process of reconciliation by not appealing Kanu’s victory. This will guarantee a window of opportunity for IPOB to dialogue with the Government. This is the rarest chance in history to end insecurity challenges in the South-East”.

The Ohanaeze scribe observed that this would be in line with President Buhari”s commitment to end insecurity and handover a more United Nigeria in 2023.

In another report, the Ohanaeze Ndigbo has lauded some of the awards which had been recently received by some Nigerian citizens while describing the national honours award which had been bestowed on the notable Nigerians, including Igbo sons and daughters, by President Muhammadu Buhari as well deserved.