HomeFeaturesWoman Apprehended Over Killing Of Maid In Anambra
Features 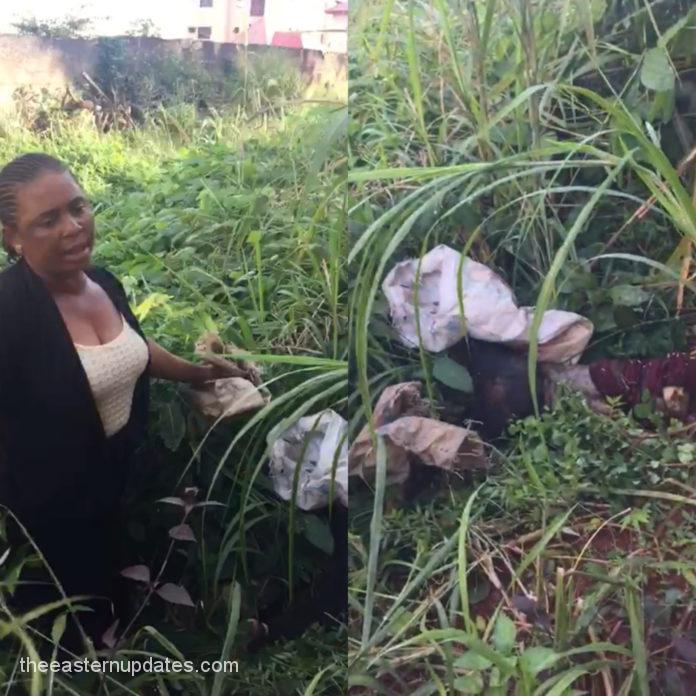 A yet-to-be-identified woman in Anambra State has been apprehended by men of the National Agency for the Prohibition of Trafficking in Persons and Other Related Matters, for the murder of her maid.

In the video shared on social media, on Thursday, the suspect had taken NAPTIP officials to the bush were she dumped the already decomposing body of her maid.

The Eastern Updates reports that the suspect had beaten the deceased, who then started convulsing, and died before medical help could be rendered.

The suspect then dumped the body in a bush after realising her maid had died.

In the video the suspect was heard saying, ‘I beat her and she started convulsing so I took her to Kings Hospital. On getting there, she died, so I threw her body here.’

NAPTIP had also made some revelations that the suspect claimed that the deceased was reported to have died on the 29th September, 2022

And according to the suspect, she had beaten the three-year-old child some days ago and had also left marks on her body because she had defecated in a bucket they used in having their bath at home and when she had been asked about her relationship with the deceased, the suspect claimed she was her grandchild. She had also claimed that her 19-year-old daughter gave birth to the child three years ago and abandoned the baby with her afterward.

In the video that surfaced online and gotten hold of by The Eastern Updates, the suspect led some of the operatives of NAPTIP and other security officials to the scene where she disposed of the body of the victim, on arriving at the scene the victim’s decomposing body was found wrapped in a black nylon bag where the suspect dumped her in the bush around Hezekiah Dike Crescent Awka.