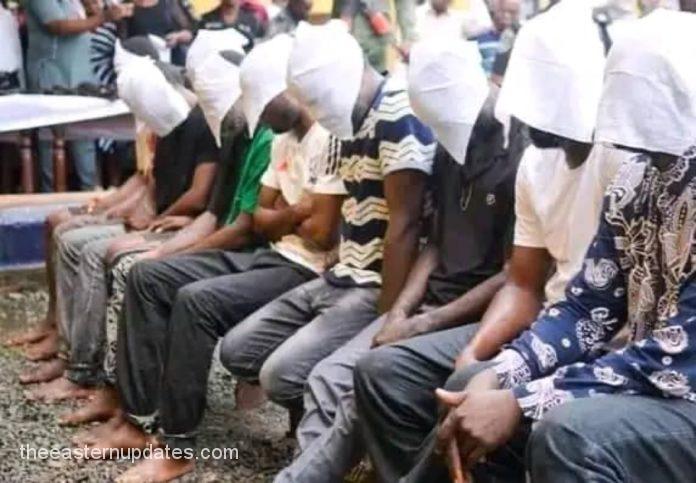 The Abia State Police command has paraded a retired officer of the Department of State Service (DSS), his brother and eight other suspects it arrested recently, in connection with the bullion van attack at the Ntigha Junction axis, along the Enugu-Port Harcourt Expressway, in Isiala Ngwa North Local Government Area of the state.

The Eastern Updates gathered that during the robbery attack, a cash officer of a new generation bank, accompanying the bullion van from Aba to Umuahia was shot dead by the armed robbers, while five police escorts were wounded. One of the dare-devil armed robbers was also neutralised on the spot during the attack.

The armed robbers were said to have made away with N390 million which the bullion van was conveying from Aba to Umuahia.

Parading the suspects at the command headquarters, Umuahia, the Commissioner of Police, Mrs. Janet Agbede, disclosed that on July 26, a bullion van loaded with cash, property of a new generation bank, was attacked by the suspects. She revealed that after the armed robbery attack, she set up a special intelligence technologically-led investigation squad with a clear directive to arrest and recover weapons used by the armed robbery gang.

She said the investigation squad swiftly went into action, which culminated in the arrest of the ex-DSS officer, Prosper Israel, and his brother, Chinwendu Israel, both from Abia State.