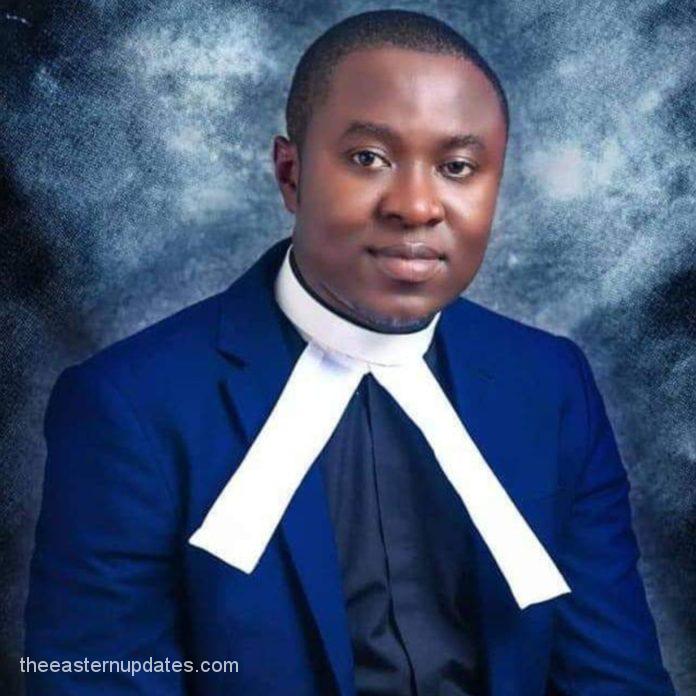 The priest disclosed that his resignation was in order to push a movement in support of polygamy.

He asserted that polygamy is not a sin at all, insisting that God wants men to marry as many wives as possible instead of committing fornication or adultery.

He said that he resigned from his church after receiving a divine mandate from God, to kick off a movement in support of polygamy called ‘Gideonites.’

He also disclosed that their place of worship will be called ‘Gideonites Temple’, advising men to leave their churches where the concept is not acceptable and move to places where they can express themselves freely.

‘It is obvious that over the years, the church has been preaching against the concept of polygamy,’ he said in a viral video on social media.

‘And we’ve held that as the actual position. But the Lord has opened my eyes to the reality of this very fact. That polygamy is never sin at all.

‘What the Lord requires from us men is sexual purity. The Lord even desires that you marry more than to either sleep with someone’s wife or a lady you are not married to .

‘If you do that you’ll go to hell fire. But if the church where you are does not support the concept of Polygamy, don’t do it as doing so may be stepping upon some quotes of the bible as well because two cannot work together except they agree.

‘Do well to look for a church that supports the concept and flow with them. But if you remain in the church where you are, don’t practice it at all.

‘That will take you to hell fire. Immediately I received this very vision to front this movement, the first thing I did was to put up one year study leave …because I needed time to study on this concept over and over again and thereafter I put up my resignation from where I was coming from to make sure that I wouldn’t play with what is required there.’

Many Nigerian have continued to react to the story on social media.