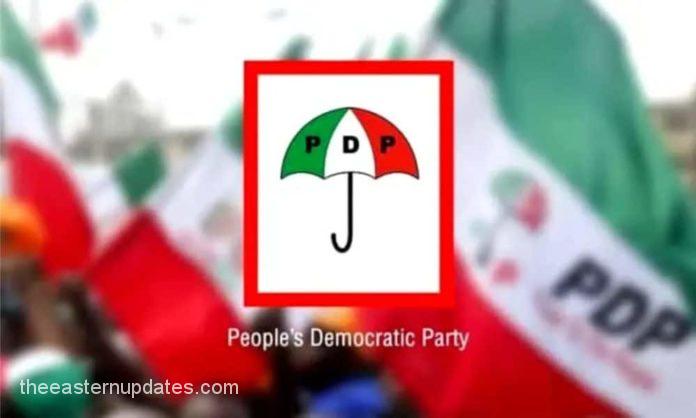 A PDP chieftain in Abia State, Mr Ukoha Aladdin Igwe has cried out to citizens of the State over threats to his life and that of his family members for dissociating himself from calls by some persons to blacklist staff of the Michael Okpara University of Agriculture Umudike.

The Eastern Updates reports that over the weekend, a group identified as the Concerned Abia-North Patriots (CANP) held a press conference, asking INEC to blacklist MOUAU staff from every work that concerns election in 2023 because they allegedly hobnob with Senator Orji Uzor Kalu.

In a statement released in Calabar disclaiming the conference, Igwe denied that he is a member of the group and that he never signed the press statement as secretary of the said group.

He further denied that anyone consulted him regarding the group and their intentions.

Read Also: Was Ikpeazu Elected To Serve Abia Or Wike?

Igwe further alleged that he has received several threatening calls and text messages for dissociating himself from the group.

‘Only today, I have received several calls and text messages, threatening my life since the morning of today, the 3rd day of September 2022.

‘I want to say that I am not afraid of any threats that have come or are still to come.

‘But I want to state categorically clear here that I am not a member of the Concerned Abia North Patriots (CANP) and I did not sign any press release or document asking INEC to blacklist the staff of Michael Okpara University of Agriculture Umudike from the 2023 Election work over alleged romance with Senator Orji Uzor Kalu.

‘I have asked the publisher to retrieve the said information that has gone viral just the way it went out with an apology or face a legal action from my angle’.

Igwe pointed out that he was not reacting because of the threats to his life and those of his loved ones but to put the records straight.