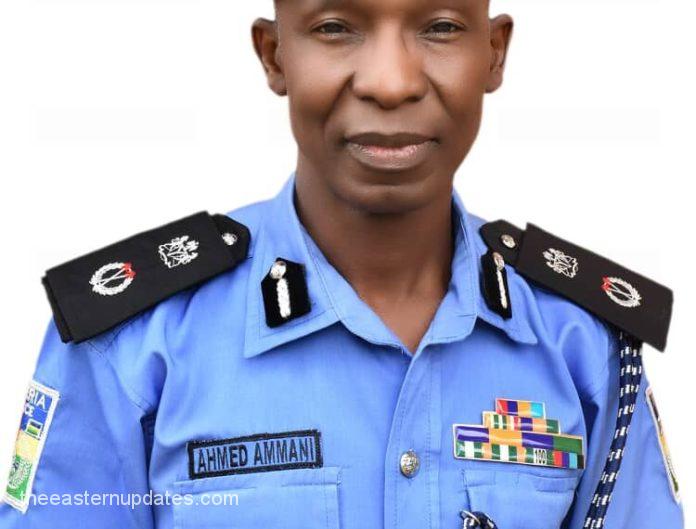 The Eastern Updates has reported that Mr Ammani had also taken over from the outgoing Commissioner of Police, Abubakar Lawal, who had been redeployed to Kano State.

At the handing-over ceremony in Enugu, the new commissioner had also appealed for support and cooperation from the residents, especially in the timely sharing of information and intelligence on crime. Mr Ammani had also noted that he would bring his wealth of experience garnered over 30 years to bear in reducing crime in the state.

“With the support of the citizenry, I pledge to replicate all feats I have achieved in combating existing and emerging crime and criminality within Enugu State and make the state safer for all,” he said.

He also holds a Master of Science Degree in Law Enforcement and Criminal Justice from Ahmadu Bello University, Zaria, and a post-graduate certificate in Corruption Studies from Hong Kong University.

He had also been appointed into the Nigeria Police in 1992 and commissioned as an assistant superintendent of police, from where he rose to the rank of commissioner of police, serving in different zonal and state commands.

The commissioner served in formations and on secondment at the Economic and Financial Crimes Commission and the Independent Corrupt Practices and Other Related Offences Commission, among others

In another report, a land tussle case has instigated an aggrieved land owner from Enugu State, Mrs Amaka Ezeonu, to take her case to the Inspector-General of Police (IGP) while citing alleged bias which had been exhibited by a Deputy Commissioner of Police (DCP) handling a land tussle.

In a petition which she had petitioned to be addressed to the IGP by her lawyers, Mohammed Usman and Co Chambers, Mrs Ezeonu said though the said case had been transferred to the office of the Deputy Inspector-General of Police in charge of Operations, the DCP was still allegedly interfering in the case.