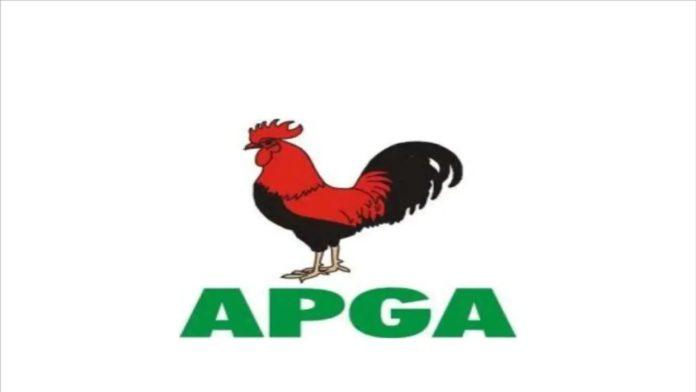 Ahead of next year’s general elections, the All Progressives Grand Alliance (APGA), in Anambra State has warned its members against anti-party activities, especially indulging in campaigning for candidates of other political parties under any guise.

This warning is coming barely 5 weeks before the commencement of campaigns for the 2023 general election.

The Eastern Updates reports that Anambra State has two presidential candidates: a former governor of the state, Mr. Peter Obi, vying on the platform of the Labour Party while Justice Peter Umeadi is under APGA.

The warning came through the state chairman of APGA, Sir Nobert Obi, via a widely circulated letter which was obtained by The Eastern Updates on Thursday.

The letter, which was also circulated to the members of the state working committee and all the local government areas and ward chairmen of the party was dated Aug 18, 2022 ref APGA/AN/08/60.

In the letter, the chairman noted that his attention had been drawn to several anti-party activities by some of its members who, he said were consciously or unconsciously campaigning for candidates of other political parties.

He declared that such activity shall be visited with severe disciplinary action as listed in Section 22 of the APGA Constitution.

The chairman noted, ‘You may wish to know that it is wrong for any member to campaign, solicit votes, or attend any activity organised by other political parties or their candidates other than our great party APGA.

‘Such development is considered anti-party activity and an act of indiscipline in breach of Article 21, general code of conduct of our great party.

‘There are several cases of members belonging to WhatsApp, Facebook and other social media platforms that promote and campaign for candidates of other political parties. Not a few even go as far as sharing posts that promote candidates who are not APGA members.

‘Such action is inimical to the overall interest of APGA which has the intention to sweep the 2023 general elections, especially in Anambra State where the party has fielded candidates for all the national and state Assembly elections.’

However, a source in the party hierarchy said the warning may be coming as a result of the wide acceptance of the LP presidential candidate, Peter Obi, who has gained wide acceptance across the political parties in the state.