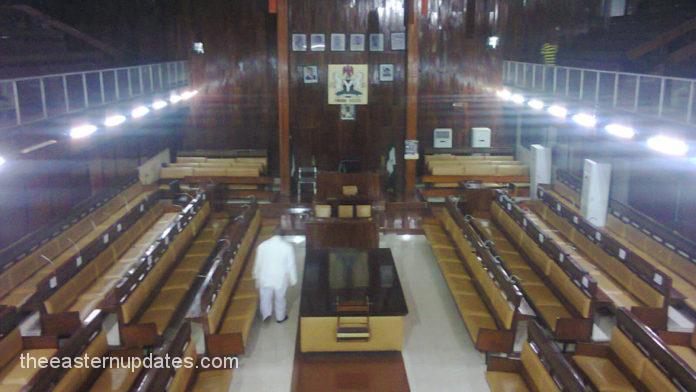 Members of the Enugu State House of Assembly (ENSHA) have confirmed the approval of the transmission bill of the 5th Alteration of the 1999 Constitution in line with section 9 sub-section 2 of the amended constitution.

The speaker, Hon Edward Ubosi, brought it before the House as a result of the public hearing on the issue held last week and the lawmakers subsequently approved it.

The lawmakers also screened and approved the nomination of two commissioner nominees sent to them by Governor Ifeanyi Ugwuanyi.

One of the commissioner-designates, Dr Okonkwo had been the commissioner for housing as well as the commissioner for local government matters in Ugwuanyi administration before he resigned his appointment to vie for the House of Representatives seat to represent Nsukka and Igbo-Eze South federal constituency but lost to Chief Vita Abbah, former PDP chairman in the state.

Ebe, before his nomination was a Senior Special Adviser, SPA to Governor Ifeanyi Ugwuanyi and at the same time a lecturer at the Federal College of Education, Eha Amufu.
Speaking before they were cleared, Ubosi, said because Okonkwo had been a commissioner, he would have asked him to take a bow but allowed his colleagues to grill him for the third coming.

The member representing Nkanu East constituency, Hon Paul Nnajiofor, wanted to know how Okonkwo lost both his First School Leaving Certificate as well as his WAEC certificates but did not lose other certificates which he explained that he lost in transit by going from one higher institution of learning to the other.

In his reply to another question posed by Hon Ibenaku Onoh, Enugu North Constituency to name two most important achievements he made as a former commissioner for Housing as well as Local Government Matters, Okonkwo said that under his watch, housing was made easier while he made sure that the council chairmen provided the dividends of democracy to the councils.

He said he did this by making sure that he held period meetings with the local government chairmen.

On his own part, Ebe said he remained as a lecturer as well as doubled as an SPA to Governor Ugwuanyi because he was not given a particular office that should warrant his resigning his appointment with the College of Education, Eha Emufu.