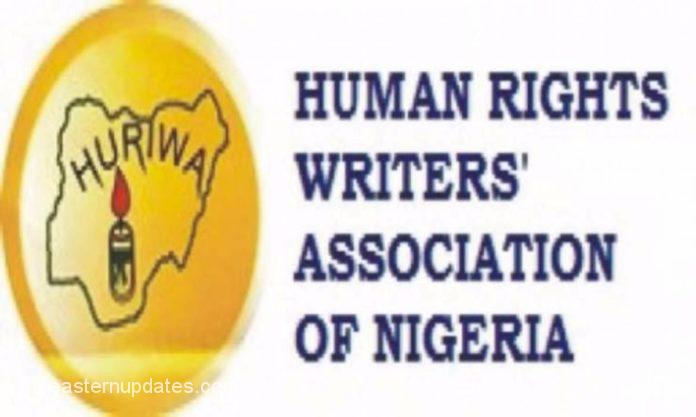 HURIWA’s National Coordinator, Comrade Emmanuel Onwubiko, had in a statement, reiterated that the South-East has been completely excluded from the so-called projects executed by the Federal Government with the humongous loans from China.

The group flayed the regime of the President, Major General Muhammadu Buhari (retd.), for splurging and wasting the irrational Chinese loans on irrational projects with no tangible economic returns, including the Kano-Maradi railway construction to Niger Republic and many other projects in the President’s hometown of Daura in Katsina State and other places in northern Nigeria.

Reacting to the comments made by Adesina, HURIWA’s Onwubiko said, “The claim by presidential spokesman Femi Adesina that Chinese loans have contributed greatly to Nigeria’s infrastructure is substantially false.

“These Chinese loans must have been pocketed by top government officials because there is no evidence of any satisfactorily executed national strategic infrastructures by President Muhammadu Buhari in the last seven years.

“Take for example, in the South-East geopolitical zone, the Enugu-Port Harcourt highway is a total shamble, the Onitsha to Owerri highway is also in a bad state. All major highways linking South-East and South-South are in bad condition.

“Whereas, the Buhari regime has lavished the Chinese loans on profitless investments in northern Nigeria and Buhari’s relations in Niger Republic. In fact, insecurity at the President’s backyard in the North-West has overrun the Kaduna-Abuja train services. Terrorism has even forced the Nigerian Railway Corporation to cancel all train movements.

“Just like his lopsided appointments with northerners as heads of security agencies, Buhari’s nepotism spread like a tentacle to distribution of projects across the six zones in Nigeria, with the South-East being the most marginalised.

“Nigerians have all the major reasons to vote out Buhari’s APC in next year’s election. Inclusion must be a watchword in the next crop of leaders to be elected at the polls in 2023. No narrow-minded candidate with parochial and tribal prejudice should make it to Aso Villa. All Nigerians should enjoy the dividends of democratic governance without being judged by their ethnic affiliation or religious affinity.”